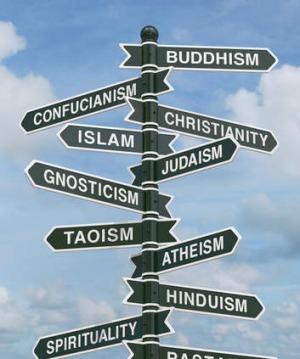 In a perfect world, people would get to choose everything about their lives. They would only eat the foods they like, only wake up when they were rested, and only get sick when they had time to spare. In the real world, however, many things that would ideally be choices are actually the result of coercion and external pressure. Although not always the case, one's religion can fall into this category. It's not uncommon for some people to chastise others for their 'choice' of religion—especially when that religion is linked to behaviors or actions which are offensive or even criminal—but in many cases the people being rebuked have no real choice in the matter.

For some people, religion is no more a choice than is their birthplace, skin color, or sexual orientation. While it's true that opting out of or renouncing one's religion may be a viable option in some places, in many countries—and indeed in some US communities—doing so can result in very negative consequences ranging from shunning and ostracism to incarceration, physical abuse, and even death. True belief may still be at least theoretically optional under these circumstances, but trying to separate belief from action can be both physically hazardous and mentally taxing. From a comfortable vantage point in a US metropolitan area, religion may truly seem like a choice, but for many people around the world, the existence of a feasible alternative is far less evident.

I would liken the 'choice' regarding one's religion in many places to the 'choice' regarding wearing clothes. In some places wearing clothes is fully optional. You can frolic about in the nude without condemnation or fear of attack. Outside of these atypically permissive enclaves, though, even brief and unintentional exposure can leave one vulnerable to both criticism and criminal charges. Likewise, in much of the world, walking around without wearing the predominant religion is viewed similarly to if one walked around without wearing clothes.

None of what I have said negates the reality that each individual is still responsible for their actions and that actions which constitute the initiation of force against the life, liberty, or property of others are unjustifiable; but merely identifying as an adherent of a religion does not constitute such a violation.

Unless I know the opposite to be true, I choose to assume that one's religion is not a factor over which they can exercise full and unencumbered freedom of choice. In this way, I avoid blaming people or holding them accountable for associating with a religion the tenets of which I may profoundly oppose. I would much rather be too generous in my assumptions than to inaccurately judge one's character or motives.