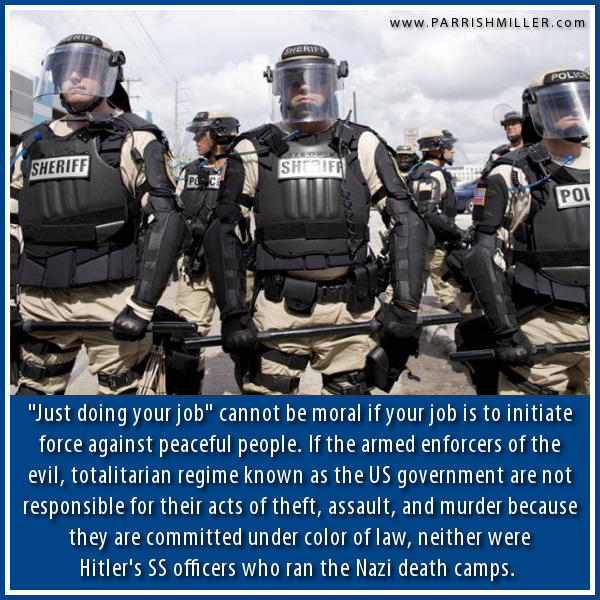 "Just doing your job" cannot be moral if your job is to initiate force against peaceful people.

If the armed enforcers of the evil, totalitarian regime known as the US government are not responsible for their acts of theft, assault, and murder because they are committed under color of law, neither were Hitler's SS officers who ran the Nazi death camps.