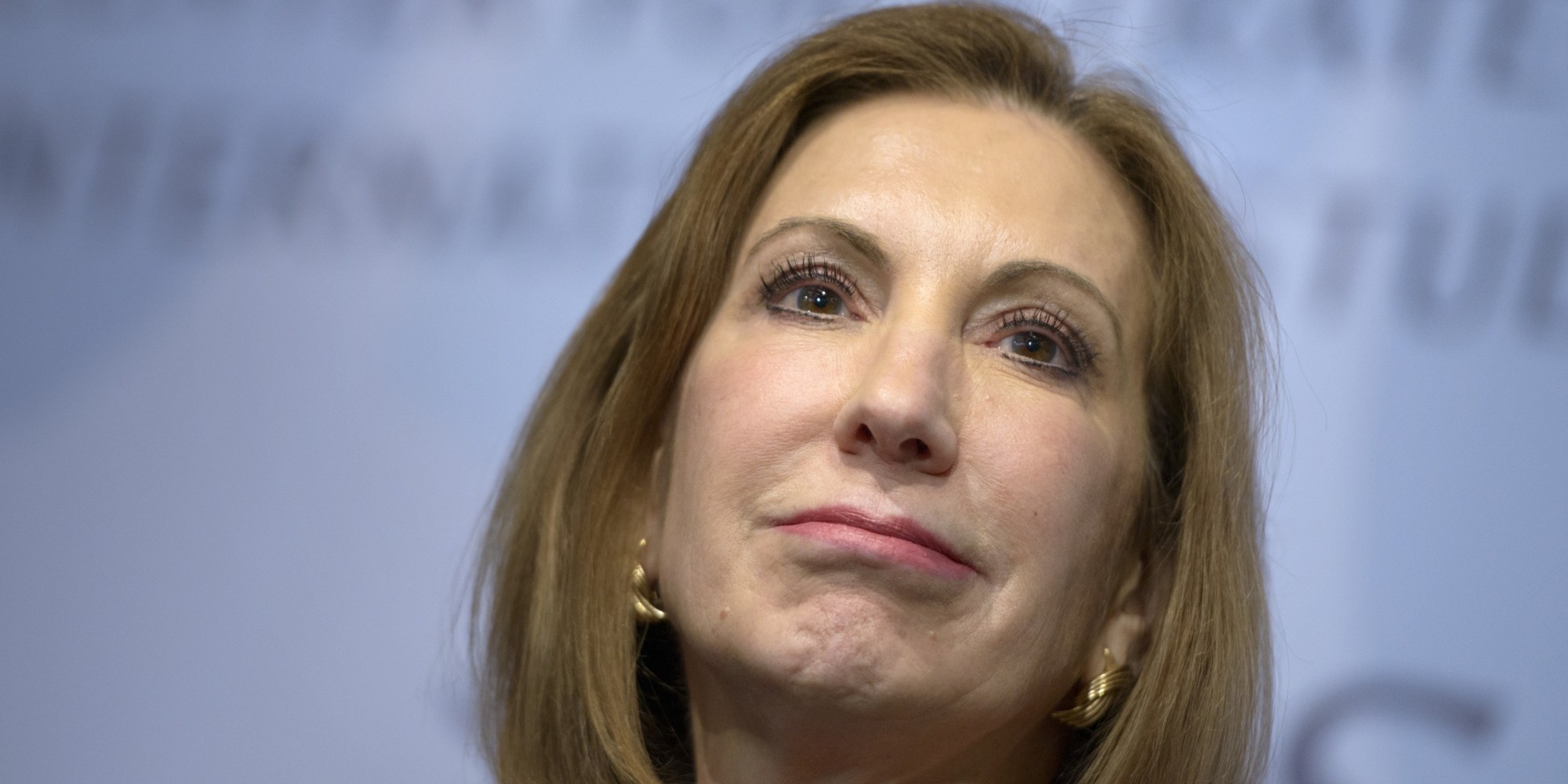 From her tenure at HP where she essentially destroyed the company to her failed senatorial bid in California, there are many reasons to think twice about the qualifications of the much overrated Carly Fiorina as a presidential candidate. Even discounting her history, however, I could never support a candidate who opposes personal freedom and loves the military industrial complex as much as Fiorina does.

Bonnie Kristian over at Rare gives a good overview of some of Fiorina's more objectionable policy positions:

— Though she has (admirably) criticized crony capitalism, as recently as 2008, while stumping for John McCain, she said TARP, the Wall Street bank bailout, was "necessary because credit is tight for hardworking Americans and small businesses" and "something had to be done." Her assessment of the bailout was that "it appears to be working thus far"—completely ignoring the question of whether TARP was constitutional or ethical.

— She supports national educational standards and testing, and endorsed No Child Left Behind. In practice, this means running roughshod over the needs and preferences of localities and families.

— While not quite a drug war fanatic on the level of, say, Chris Christie, she falsely suggests that marijuana is more dangerous than alcohol—a standard pro-prohibition talking point, though the opposite is true.

— She insists that she opposes the Affordable Care Act (Obamacare), but she endorses two of its most controversial aspects: the individual mandate and the ban on denying coverage for pre-existing conditions.

— She supports the use of torture in the war on terror, even though it has been shown to be ineffective again and again—not to mention it encourages terrorism and endangers American soldiers.

— She wants to add an extra $500 billion (plus nukes) in unfunded spending to the military budget—even though the Pentagon is notoriously wasteful and unaccountable and we really (really, really) can’t afford it.

I have already discussed What I want in a President and my views on Politics and Policy. Carly Fiorina may be the female candidate that the GOP believes they need to beat Hillary Clinton in the general election, but to me she's not all that different. As President, both Clinton and Fiorina would continue (and even escalate) the twin failures of the "War on Drugs" and the "War on Terror"; continue to blindly support the Israeli government despite their despicable treatment of the Palestinians; and maintain or advance federal control over healthcare and education. Fiorina (much like Donald Trump) is just another big government Republican who wants to centrally plan away individual liberty in the pursuit of achieving her worldview.

I am not actually a fan of any of the presidential candidates at this point, but Fiorina, Trump, Carson, Christie, Huckabee, and Santorum have all earned a spot on my HELL NO list. I want a candidate who will actually reduce the size and scope of the federal government, not increase it. I also want a candidate who is not a hardliner on immigration. I know that open borders aren't achievable right now, but if part of a candidate's platform is reducing immigration even more or building a wall, they cannot claim to support human freedom or limited government.

Tom Mullen over at Huffington Post nails the reasons why candidates like Trump, Carson, and Fiorina are doing so well in the polls lately.