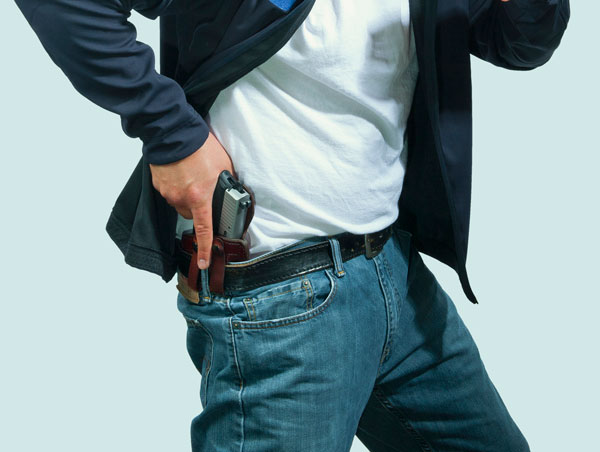 The world was saddened by the news of another mass shooting on Thursday, and the tale of a gunman shooting people in the head at Umpqua Community College in Roseburg, Oregon, quickly reignited the debate over concealed carry, campus carry, and the fundamental right to keep and bear arms.

Barack Obama wasted no time jumping into the fray saying, "We're going to have to change our laws" and claiming that "this [shooting] is something we should politicize." If you say so, Obama… Let's go.

The reason this crazed gunman was able to successfully kill and injure 17-18 people (reports vary) is because no one else was armed. This isn't just conjecture. Chris Mintz was one of the people shot (reportedly 7 times) after the 10-year Army veteran tried to stop the shooter. Had he been armed, there is a very good chance Mintz would have succeeded.

You see, contrary to the lies being propagated by ThinkProgress and other anti-gun activists, college campuses in Oregon are effectively "gun free zones" because—despite a pro-Second Amendment court decision in the state—the Oregon State Board of Higher Education created a policy to circumvent the decision and forbid guns inside of all classrooms and other buildings. Hence, Mintz and his fellow students were disarmed when Chris Harper-Mercer decided that he wanted to be "welcomed in Hell and embraced by the devil."

The answer to preventing tragedies like this is not fewer guns or more gun restrictions, but more guns in the right hands. Students and faculty should not be forced to give up their ability to protect themselves in order to live, work, or attend classes on a college campus, yet that is the reality for most of them—even in Idaho.

Yes, despite the much vaunted "campus carry" bill which passed the Idaho legislature in 2014, it is still nearly impossible to carry a gun on college campuses in Idaho. I will explain why.

As you can see, between age, licensure, and location limitations, it is extremely difficult for the average college student to avoid being a disarmed potential victim waiting for the next Chris Harper-Mercer to strike. The right to keep and bear arms is not something to be trifled with, yet even in "pro-gun" Idaho, the laws and policies on the books make self-defense all but impossible on a college campus.

Idaho needs to change the law to allow permitless concealed carry by all adults age 18 and older in all locations—including all parts of college campuses. Disarming the innocent does absolutely nothing to stop determined criminals and only serves to create more victims when these evil killers choose to strike. The time to make these changes is now, not after the next mass shooting when it may be too late.