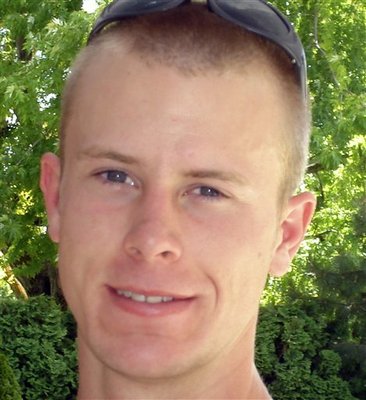 Should a soldier follow any order he is given without question? Should he execute civilians or torture a child? Unless you actually answered yes to these questions (in which case you should just stop reading now), you have just acknowledged what the Nuremberg trials codified nearly 70 years ago: following orders is not justification for criminal activity. I make this point to lay the groundwork for what will be my defense of Bowe Bergdahl, and—perhaps even more controversially—my defense of insubordination and desertion in general.

First, let me say a few words about the concept of war. War is a heinous and unjustifiable criminal act which violates the lives, liberty, and property of innocent individuals. A government or group of people committing an act of aggression (such as bombing Pearl Harbor) does not justify slaughtering thousands of innocent men, women, and children in retribution (such as by fire-bombing Tokyo or nuking Hiroshima and Nagasaki.) If someone shot at you from an apartment building, would you be justified in blowing up the whole building and all those who called it home? Of course not! The concept of murdering innocents simply because of their proximity to the guilty is a notion so atrocious that it is accepted only by serial killers and governments—two similarly immoral entities.

As for Bowe Bergdahl, I don't know if he intentionally deserted or merely went for a walk and had the misfortune of being captured, but either way, I don't condemn his actions. If anything, I find the notion that he deserted more palatable and certainly more commendable. The American occupation of Afghanistan and the mass slaughter that has accompanied it is truly a crime of massive proportions. That thousands of Afghans suffered summary execution at the hands of American soldiers merely for taking up arms to defend their homes and families from the invaders descending down upon them from the other side of the globe is a shameful episode which will forever mar the already blood-stained annals of history.

If Bowe Bergdahl did intentionally desert, he is far more of a hero (which is not an accolade I bestow lightly) than are those American occupiers who killed, maimed, pillaged, and destroyed in the name of patriotism and revenge. Such a brave decision to refrain from (additional) criminal activity is laudable, and those who fail to recognize this fact are implicitly endorsing such crimes. The decision to stop initiating force against innocents should not be a difficult or dangerous one, but for those in the military, it unfortunately is. Governments threaten punishment and even death against those who make such a choice, and the public at large—with its unquenchable thirst for blood— stands ready to lynch those who choose peace over war and non-violence over murder. It really is a sad reality.

It has been suggested by some (even some libertarians) that Bowe is guilty of breaking his contract with the United States government by leaving his post without permission. I disagree with this position for three reasons.

For all of the reasons delineated above, I can see no argument as to why breaking a contract to serve as an enforcer for the US government would be anything but praiseworthy.

Some are now speculating that President Obama's decision to engage in a prisoner exchange at the time (and in the manner) he did was a political ploy designed to divert attention away from the scandal surrounding the failures of the US Department of Veterans Affairs and, perhaps more broadly, the failure of single payer healthcare. This theory is not without merit, but it is ultimately irrelevant to the guilt or innocence of Bowe Bergdahl. Obama certainly has motives that are less than kosher for most of his actions, and I tend to agree this case is no exception.

Bowe Bergdahl had every right—and indeed a moral duty—to cease initiating force against innocents and to abandon his position as an invader and occupier. Time may reveal his true motives, although for his own sake, it may be best if they remain hidden. It is those who perpetrate war against innocents—not those who refuse to do so—who are the true wrongdoers, and who should receive the ire of decent men. I, for one, welcome Bowe Bergdahl home and wish him a speedy and straightforward release from military custody.

If you would like to learn more about Bowe Bergdahl, I highly recommend that you read this excellent article by William N. Grigg.