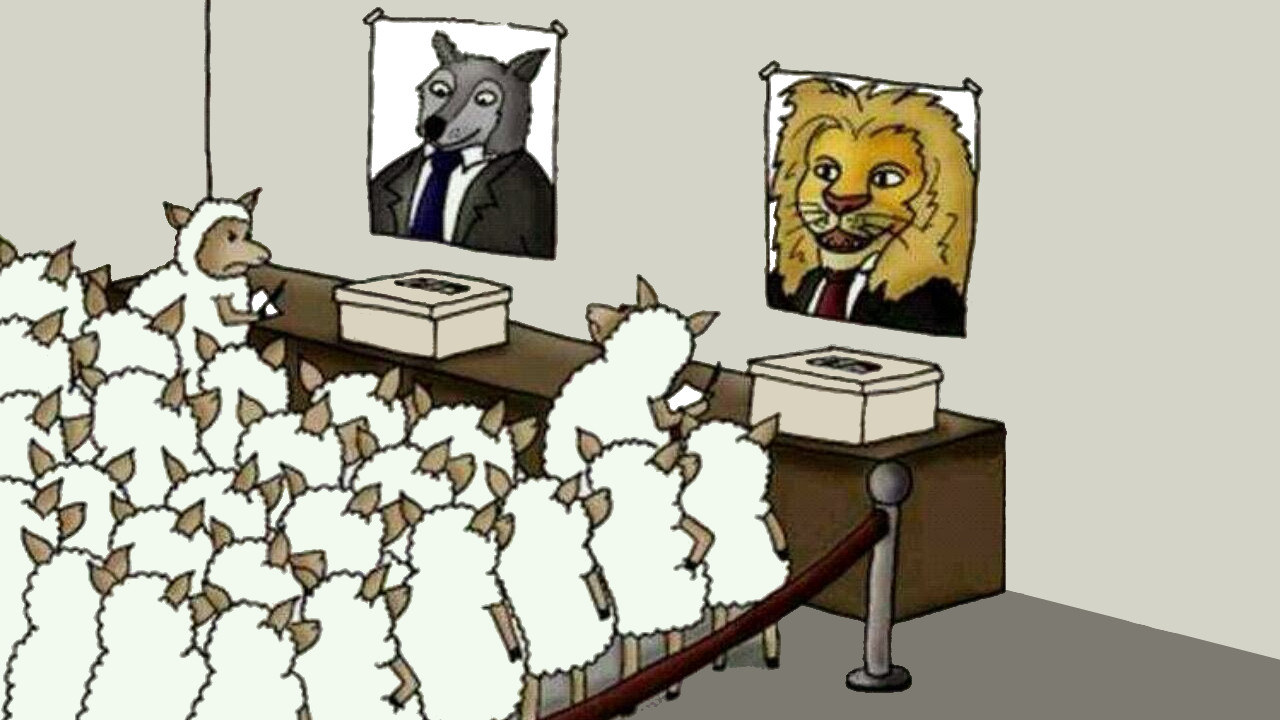 You hear the argument every election cycle. It's espoused at the federal, state, and local level. Democrats use it. Republicans use it. Surprisingly, even some Libertarians and anarchists can be heard appealing to it. It's the 'lesser of two evils argument,' but despite its wide adoption, it's a fallacy.

One trick to making a fallacy seem reasonable is to present it in overly simplistic terms. I'll include an example from Walter Block, a libertarian anarchist who (somewhat inexplicably) decided to support Donald Trump throughout the 2016 election cycle. What follows is his general justification for voting and supporting political candidates:

Suppose we were all slaves, and the master said we could have a democratic election; we could vote for overseer Baddie, who would whip us unmercifully once per day, or overseer Goodie, who would do exactly the same thing, but only once per month. We all voted for the latter. Is this incompatible with libertarianism? Would this make us worse libertarians? Anyone who thinks so does not really understand this philosophy.

Whether you agree with his conclusion or not in the scenario presented is almost immaterial because the one-dimensional characters of "overseer Baddie" and "overseer Goodie" do not accurately reflect the range of evils in which politicians regularly engage. On a single issue—such as the frequency of beatings—one option may indeed stand out as clearly superior, but has any politician ever been elected who has had influence over just one issue?

Let's stick with Block's hypothetical election for a moment, but we'll do a little more research into our choices. Suppose we discover that one of the reasons "overseer Goodie" is less inclined to beat his slaves is because he spends most of his time forcibly having his way with the more attractive young slave girls. Who is the lesser evil now? What about the quality of shelter or food provided to the slaves? What about his propensity to separate families by selling off their members to other plantations? The more issues which are examined, the more unlikely it becomes that one overseer candidate can be judged as objectively less evil.

Returning to reality, I personally know self-described libertarians who voted for Obama in 2008 because they believed that he would end the wars and kill far fewer innocents around the globe than would John McCain. They judged Obama to be the lesser of two evils, yet we have seen over the last eight years that Obama has been every bit as much a hawk as the 'evil' Republicans he castigated while running for office. In 2016 alone, Obama—as Commander in Chief of the military—dropped over 26,000 bombs on 7 countries.

Once in office, most politicians will deal with hundreds or thousands of issues throughout their tenure. Some of these issues may involve functions of government of which they were not even aware when running for office. There's also the very real factor that politicians regularly lie and exaggerate while campaigning. How can a voter possibly be expected to accurately calculate how much evil a politician will do when the politicians themselves don't even know what they'll do once in office?

I know that most people committed to voting as a strategy won't be dissuaded by my arguments, but let us at least be honest about the fact that voting is gambling at best. All the voter guides, websites, mailers, and TV ads in the world can't guarantee that a politician won't be evil. On the contrary, history shows that virtually every politician is evil to some degree and will abuse their power in order to control others and violate their rights.

Government infringes on individual liberty by its very existence and thus those who make up its structure will necessarily be part of that process. The only real 'lesser evil' is to abolish the state so that mankind can finally be free from the shackles of statism and slavery. Until that happens, however, there will always be the temptation to support the supposedly less evil candidate in order to mitigate the frequency of the beatings. Good luck to you in finding a less evil overseer. I'll just be over here plotting my escape from the plantation.