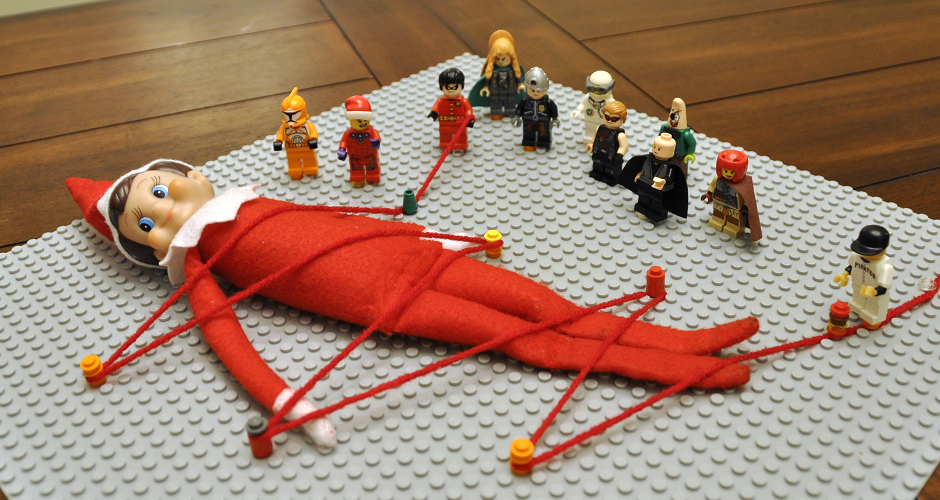 A paper recently published by a professor in Canada suggests that the popular “Elf on the Shelf” game is conditioning children to accept the surveillance state. The notion of the Elf on the Shelf is that a small elf doll is actually a scout elf who reports nightly to Santa Claus on the activities that occur in his house. Parents are supposed to reinforce this story by relocating the elf each night so that his journey and return seem more plausible.

While this phenomenon started after my childhood, it is really just an expansion of the warning that Santa “sees you when you’re sleeping and knows when you’re awake.” When this fairy tale was first propagated, such a notion was wholly fanciful because no one possessed the capability to track individuals to such a degree. Today, however, such a powerful observer is not just a legend, it’s a frightening reality.

Idaho may not have the saturation of cameras and sensors that major cities like New York and Chicago now employ, but even here we have police cars driving around scanning dozens or even hundreds of license plates and storing that data in a government database. Another way of looking at the situation is to say that if you can’t sleep and decide to go for a little drive, the government may well “know that you’re awake.” Networks of traffic cameras can provide an even more detailed record of your activities.

If you’re at all like me, the increasing encroachments of the surveillance state are an unwelcome intrusion into your personal (or perhaps, formerly personal) life and you would like to see that trend reversed rather than accelerated. One way to start pushing back against these infringements is to stop pretending that those who engage in surreptitious observation and reporting are either harmless or even helpful.

If indeed the Elf on the Shelf did as is claimed, he is an undesirable intruder who should be expelled at once. Likewise, if Santa is chronicling your sleeping habits, he is one of the “bad” adults children should avoid. Some may lament the loss of innocence associated with such positions, but the world is not as friendly as it once was.

Let’s bring up our children to recognize surveillance as a troubling violation of our right to privacy and not as the activity of a benevolent benefactor.