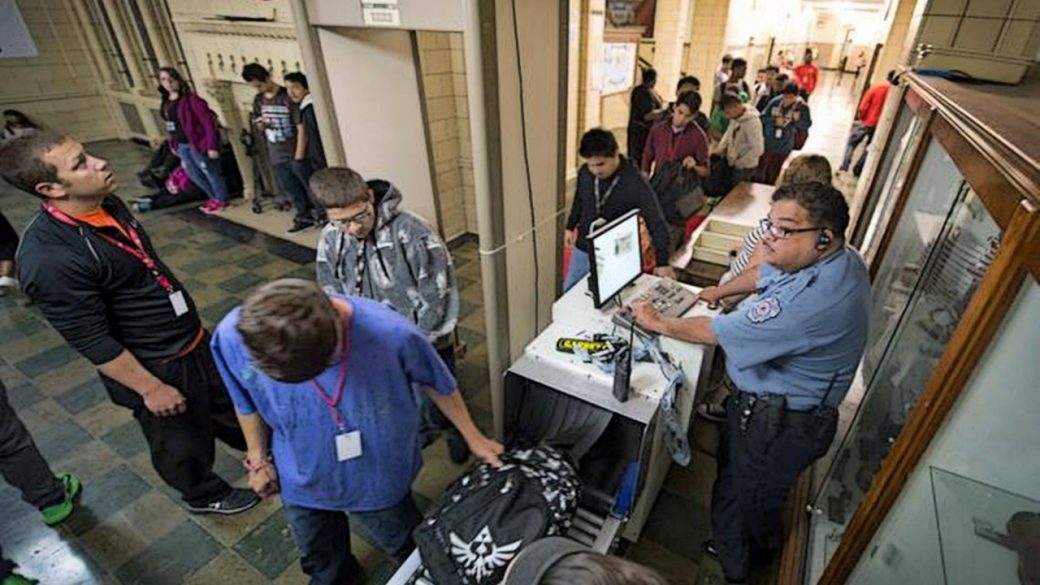 Today's public schools already share many characteristics with prisons, yet the 'answer' some folks are proposing to the (statistically negligible) threat of school shootings is to make schools even more like prisons. Schools are an artificial environment that (much like a prison) forces kids to join gangs or cliques in order to avoid rejection and outsider status. Those who don't fit in are subject to ridicule, abuse, and even brutality in some cases.

Truancy laws make attendance compulsory, taking an undeclared aspirin is treated as a crime, and weaponized political correctness has replaced any semblance of free speech. Any normal signs of youthful enthusiasm are treated as a mental illness and dangerous pharmaceuticals are dispensed like candy while possession of an eighth of pot triggers a "zero tolerance" policy crackdown involving a SWAT team.

As this country has become increasingly urbanized over the last century, schools have gone from a place where kids and young adults mingled freely in between farm chores to prisons where 'student' has become the preferred euphemism for 'inmate' and the armed guards are now called 'resource officers'. Kids aren't allowed to be kids anymore, and boys have been particularly harmed by the increasing demonization of masculinity perpetuated by the 24-7 news cycle and the persistent anti-male fear mongering disseminated by the media.

Why has America seen an increase in the number of school shootings in recent decades? It has nothing to do with guns. Kids today actually have less access to firearms than at any other point in American history. Teens used to own guns, hunt with guns, and even carry guns to school. Kids growing up in the city today are more likely to 'learn' about guns from video games or YouTube videos than from hunting or target shooting. Young people would have a better understanding of—and more respect for—weapons if they weren't encouraged to fear them, but rather to recognize them as a tool and use them appropriately.

It's not the guns which have changed; it's the schools and the pharmaceuticals and the media. Guns aren't the problem, and confiscating or regulating them isn't the solution.