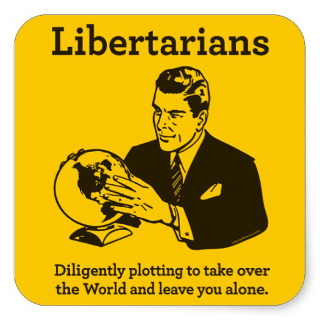 I am a libertarian because I oppose the initiation of force and because I believe in liberty, autonomy, and the non-aggression principle. I am not a pacifist—I support the use of force when necessary for defense—but I do oppose the initiation of force or the use of force to punish or coerce. I believe that every individual has natural and inalienable rights to their own life, liberty, and legitimately acquired property. I believe that these rights cannot be trumped or superseded by the claims of nations, states, governments, or collectives. I oppose taxation. I am not merely opposed to 'higher' taxes, 'new' taxes, 'unnecessary' taxes, or any other such designation. I oppose any compulsory expropriation of property. If government is to exist at all, it should be forced to compete with other entities in the open market in attempting to persuade people to voluntarily purchase its 'services.' Do you want police services? Then buy them of your own volition. There are no acceptable reasons why anyone should be forced to purchase or subsidize goods or services they do not want.The philosopher, Lysander Spooner, makes this argument succinctly:

"It is a perfect absurdity to suppose that any body of men would ever take a man's money without his consent, for any such object as they profess to take it for, viz., that of protecting him; for why should they wish to protect him, if he does not wish them to do so? To suppose that they would do so, is just as absurd as it would be to suppose that they would take his money without his consent, for the purpose of buying food or clothing for him, when he did not want it."

There is no possible justification for violating individual rights in the name of protecting individual rights because the most fundamental right of all is simply the right to not be interfered with or coerced. In 2008, President George Bush famously said, "I've abandoned free-market principles to save the free-market system." This is ultimately the type of contorted 'logic' which one must accept if they are to believe in the legitimacy of a coercive state.

"Libertarianism is neither of the left nor of the right. It is unique. It is sui generis. It is apart from left and right. The left right political spectrum simply has no room for libertarianism. Think of an equilateral triangle, with libertarianism at one corner, the left at a second corner and the right at the third corner. We are equally distant from both of those misbegotten political economic philosophies. No, better yet, think in terms of an isosceles triangle, with us at the top and the two of them at the bottom, indicating they have more in common with each other than with us."

I do not identify with either the Republicans or the Democrats (although I am currently a registered Republican "on grounds of expediency, [and] not on principle," as Milton Friedman put it) because neither political party supports liberty. I do not actually believe that true liberty can ever be established from within the political structure. Only by tearing down that structure built on coercion and violence (and replacing it with nothing) can there be any hope of a truly libertarian future.

There are battles which could be won along the way, though. The malicious 'war on drugs' could be ended. The malevolent practice of locking people in cages for actions which don't harm others could be terminated. Theft and redistribution could be curtailed. There is some value—or at least potential value—in the political process when it is diverted from its normal course of coercion, and instead made somewhat less intrusive or less violent. I am not opposed to leveraging politics for the purpose of reform even though I hold out little hope for such positive outcomes.

It is within this context of reform—as opposed to establishing true liberty—that I would place the US Constitution. If the Constitution were regarded and followed according to the views of 'originalists' or 'strict constructionists,' the resulting government would be substantially reduced relative to its current size and scope, but it will still fall short of true liberty. The Constitution allows for the initiation of force in the forms of taxation, government debt, and war, among others. The Constitution is fundamentally based on the fallacy that some men can have the legitimate authority to rule over or govern others. I would be happy to see the US government align more closely with the Constitution because it would mean the government was smaller and weaker, but I still do not view the Constitution as being inherently legitimate. Any attempt to superimpose a government over the natural and inalienable rights of individuals—no matter how small or limited that government may be—is still intolerable tyranny worthy of immediate and total eradication.

Ultimately I don't want "small government" so much as I want big freedom. I want individuals to be free to do whatever they wish so long as their actions don't infringe upon the equal rights of others. I don't want laws, taxes, fees, prohibitions, building codes, occupational licenses, and government inspectors to come between people and the use of their property. I don't want voluntary human interaction and transactions to be hampered because some people disapprove of certain 'vices.' If someone wants to drink alcohol, smoke cigarettes, use drugs, gamble, hire prostitutes, or engage in other so-called 'sins,' that is absolutely no one else's business. Unless an action results in an actual victim—an individual who has unwillingly suffered an articulable violation of their natural rights—no human action should be prohibited, curtailed, or regulated.

While it is perhaps true that the word 'libertarian' has been overused and frequently misapplied over the last decade, there are actually far more libertarians in the world than would self-identify using that label. Being a libertarian isn't about political parties or even politics; it's about a fundamental belief that no person ever has the right to rule over others. Author and activist L. Neil Smith sums it up thusly:

I am a libertarian. Are you one too?