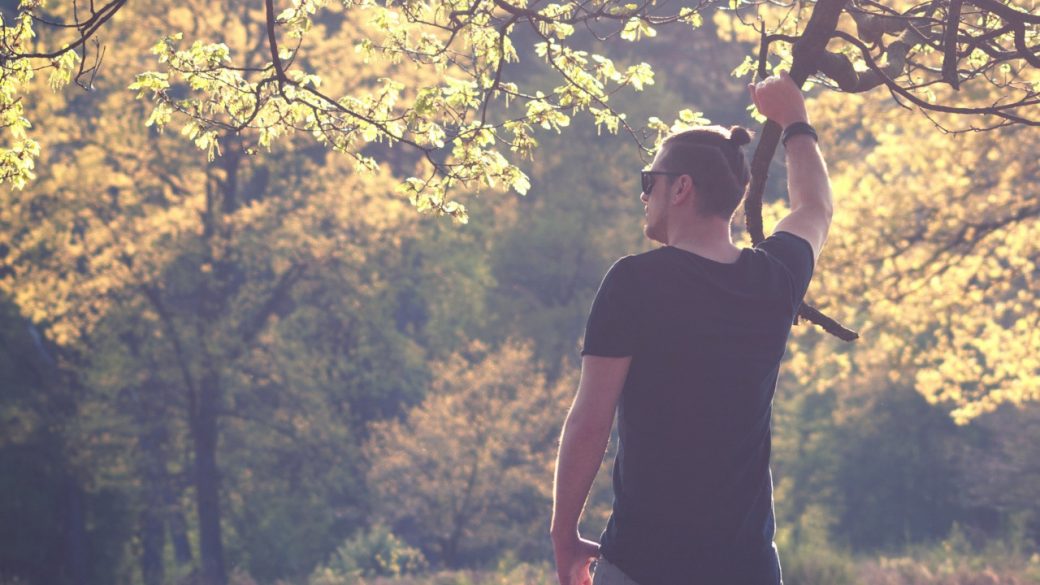 "What is wrong with people today?"

It's a question we hear frequently, in many different forms, but all are probing at an increasingly obvious observation. Previous generations entered their thirties with families, houses, and a decade or more of meaningful work experience under their belts. They bought used cars, built small starter homes, worked their asses off, and somehow made it work. Their families grew as did their homes, they got better jobs, started businesses, saved for retirement, and dressed pretty damn well doing it.

Contrast that with the weakest generation which can't figure out why spending a quarter of a million dollars getting a sociology degree won't make them happy and provide them the standard of living to which they believe they are entitled. Millennials have extended childhood from 18 to at least 26 (when the big mean government forces them off mommy and daddy's healthcare plan), while they save nothing, own nothing (other than $50 T-shirts and $200 jeans), and wonder why "the system" continues to fail them.

As it turns out, sharing a downtown loft with a horde of dysfunctional roommates, taking an Uber every time you need to travel, and using Postmates instead of going grocery shopping doesn't exactly create functioning adults.

There is plenty of blame to go around. Helicopter parenting, participation trophies, a lack of real-world experiences and work (whatever happened to summer jobs?), and the systemic failures of higher education have all played their part. Let's talk a bit about the last one.

America's modern higher education system has failed to provide marketable skills to an entire generation (going on two now) while massively increasing costs due to ever more bloated administration and taking on a host of projects designed to accomplish social goals rather than to prepare people to be productive. This is not an insignificant contributor to our country's present sad state of affairs.

Every year or so, it seems that the estimated number of depressed people increases. Current estimates claim that 15 percent of the adult population will experience depression at some point in their lifetime. Could it be that the increase in depression is less about any fundamental changes in brain chemistry and more about people allowing themselves to sit around thinking about how bad they imagine their lives to be compared to whatever unrealistic and unrealized fantasies they have concocted?

People have always felt sad, had bad days, and sometimes felt like not getting out of bed. They did it anyway. They got up, put their boots on, did their damn jobs, took care of their families, and focused on what mattered instead of on their aversions and phobias. Busy people don't have time for prolonged bouts of introspection and discontent.

I understand that mental health is important. It's a core component of well-being, in fact, but I believe that people are looking in the wrong direction. Mental health and well-being are not being improved by our modern society—they are being made worse. This hyperfocus on "self-actualization" and other pseudo-scientific nonsense is (quite literally) driving people crazy. Life will never be perfect and happiness is a decision more than it is a reaction to circumstances or environment. Humanity (as a species) has long benefited from the structure of people getting married, having children, producing wealth, and training the next generation to do the same.

Today, people are questioning the basic science of their own existence, mutilating their bodies, attempting to restructure the primary building blocks of society and humanity, all while going into debt and rejecting fundamental biological imperatives. Humanity isn't evolving at this point. It's (over) thinking itself out of existence.

The downside of freedom

Let me go on record as being an unequivocal supporter of individual freedom. You absolutely have the right to do or not do whatever you choose so long as you do not aggress against the life, liberty, or property of others in the process. That said, it is still possible to use (or misuse) one's freedom in a manner which is harmful to oneself and which, if widely adopted, could lead to the downfall of the human race. I'm not just talking about excessive heroin use, either.

Among millennials (although the trend is spreading), there is a growing tendency to question everything—even basic truths and fundamental realities. They question their genders and their sexuality, their purpose in life, their reason for existence. They search for hidden and higher meanings in everyone and everything, all the while condemning those who prefer a more forthright existence. Saving the whales is no longer enough—now they want to save the planet (perhaps the next generation will task themselves with saving the galaxy) as if they are the superheroes of their childhood imaginations.

The result is something of a lost generation. They are not aimless, exactly, but by taking aim at everything, they are effective at nothing. Rather than focus on the fundamentals of career and family, they search for meaning through social justice campaigns and wars against those who hold unpopular or traditional views.

And yet they are still unhappy and unfulfilled.

This situation can be vividly observed in millions of disaffected young Americans embracing the tenets of socialism as preached by a septuagenarian millionaire who has convinced them that their happiness is contingent on torpedoing the economy for short-term gain. Perhaps they will be happy when they are reduced to eating zoo animals as has happened recently in the "socialist paradise" of Venezuela.

The solution to these problems isn't particularly complicated, but its implementation is far more difficult. The solution is a return to the proven principles of hard work and free markets that transformed America from an agrarian colony to an economic powerhouse unrivaled in human history.

Human beings thrive when they are busy and productive. Sitting around a coffee shop debating which pronouns most effectively convey one's chromosomal ambivalence is not the key to happiness. We need purpose and ambition for our lives to have meaning. We need work and responsibility to give us a reason to get out of bed in the morning.

The beauty of a free market is that an individual's drive is all that is required for success. It doesn't require that one be born a noble or attend a royal academy. In a free market, those with talent and ambition have truly unlimited potential. Sadly, this seems to scare millennials rather than to inspire them. They want to turn off the market and replace it with a "universal basic income" so that everyone can be equally miserable in a life of perpetual navel-gazing.

I may be a millennial by age, but I have no desire to spend my life in morose self-absorption while blaming those who are successful for my mistakes and bewailing my life in a world that fails to acknowledge my genius. Life is too short to waste it wishing for an unobtainable reality—especially given how much happiness is available in our present reality to anyone with the gumption to take advantage of it.

I refuse to be a part of the weakest generation and to squander my life begging the state to care for me. I want no part of such a pathetic existence. I will make my own way in this world and I challenge others to do the same. Let's return to the proven strategies that have successfully created prosperity for numerous past generations. They never stopped working. People did.