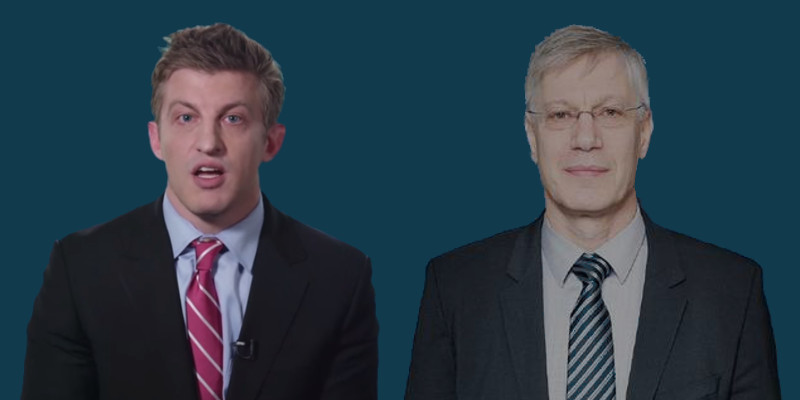 This article was written by Alex Epstein and Yaron Brook in 2001. Due to the fact that the original article appears to no longer be available, I am making it available here. I did not write this article.

Scientists are closer than ever to finding cures for AIDS, cancer and other deadly illnesses. But more research and testing are needed and much of it must be done on animals. But will it occur? Not if the animal "rights" terrorists plaguing Huntingdon Life Sciences have their way.

Huntingdon tests new medical products on animals–mostly rats and mice–to help determine if the products are safe and effective for human use. According to a recent story in The Wall Street Journal, "there has been a series of violent attacks on people and property linked to the company. Eleven cars belonging to Huntingdon employees have been firebombed, a senior manager had a caustic substance thrown into his eyes by a protester, and the company's managing director was seriously beaten by masked assailants."

The terrorists ally themselves with a group called Stop Huntingdon Animal Cruelty (SHAC). The group publishes information about Huntingdon and its shareholders, stockbrokers and customers, and encourages its members to stage loud protests outside these businesses and the homes of their employees. The "protests" often include violence, breaking and entering, property damage and death threats. Lacking adequate police protection and fearing for the lives of their employees, many of the targeted companies, including Merrill Lynch, Citibank, Charles Schwab and British Biotech, have cut off all association with Huntingdon, bringing it to the brink of bankruptcy.

SHAC's leaders disavow any connection to the violence–but they do not condemn the terrorists responsible for it. After all, it is the violence that scares away Huntingdon's associates and brings SHAC closer to its goal of shutting down Huntingdon. However, that is only the beginning–"When Huntingdon closes, we'll be moving on to the next one," says SHAC founder Greg Avery.

Ominously, the crimes against Huntingdon are not isolated incidents; animal rights terrorists commit more than 1,000 crimes annually. Some animal rights leaders are even openly in favor of criminal action. According to Alex Pacheco, director of People for the Ethical Treatment of Animals (PETA): "Arson, property destruction, burglary, and theft are ‘acceptable crimes' when used for the animals' cause."

There is no question that animal testing is absolutely necessary for the development of life-saving drugs and medical procedures. Millions of people will die unnecessarily if it is not permitted. Animal rights activists know this, but still demand that animal testing be prohibited. Chris De Rose, director of Last Chance for Animals writes: "If the death of one rat cured all diseases, it wouldn't make any difference to me."

This is pure man-hatred.

It is common to write off terrorist activity and the vicious statements of animal rights leaders as "extremist," while maintaining that the majority of people in the animal rights movement have benevolent intentions. But man-hatred is not limited to a few leaders, it is inherent in the very notion of animal "rights." According to PETA, the basic principle of animal rights is: "animals are not ours to eat, wear, experiment on, or use for entertainment." To abide by this principle, we must leave animals free–to overrun and destroy our property, to eat our food, even to kill our children. As Michael Fox, vice president of The Humane Society explains, "The life of an ant and that of my child should be granted equal consideration."

This is a formula for human extinction since human survival and progress depend on our ability to kill animals when they endanger us, eat them when we need food, run tests on them when we fight disease. Without horses for transportation and oxen for plowing, without furs to keep us warm and meat to sustain us, mankind's ascent from the cave to civilization would have been impossible. Today, animal rights advocates want to make the progress of medical science impossible–so that rats may live. The only goal of a doctrine that demands such a sacrifice of man to animals can be the annihilation of man.

To attribute rights to animals is to ignore the purpose and justification of rights–to protect the interests of man. Rights make it possible for individuals to coexist peacefully, trade and produce, provide for their own lives, and pursue their own happiness, free from the threat of violence. Animal "rights"–which demand man's destruction–are the antithesis of rights. By attempting to destroy the essential, life-preserving medical testing industry, SHAC and their allies reveal the man-hatred contained in the notion of animal "rights." Our lives depend on rejecting this evil idea.