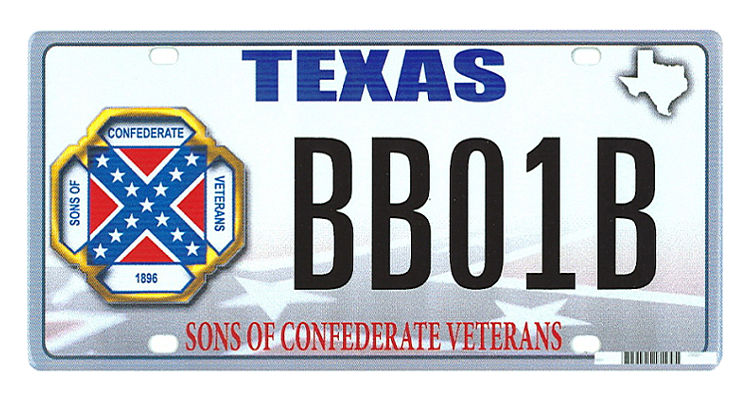 Today is a very sad day for free speech. In an under-reported case, Walker v. Sons of Confederate Veterans, the Supreme Court had the opportunity to defend freedom of speech from a vicious attack by the forces of political correctness and 'social justice,' but it instead—in a 5-4 decision—opted to spit on the First Amendment. Justice Clarence Thomas was the swing vote who joined with the Court's four radically liberal justices to trample underfoot one of our most fundamental natural rights.

In a blistering dissent, Justice Samuel Alito called the majority opinion a "capacious understanding of government speech" that "takes a large and painful bite out of the First Amendment."

The case started in 2009 when the Texas Division of Sons of Confederate Veterans (which is a nonprofit) attempted to sponsor a speciality license plate containing the group's logo which features a representation of the Confederate flag. Texas' state program for specialty license plates allows nonprofit organizations to submit designs for the plates they sponsor. In this case, however, the Texas Department of Motor Vehicles Board rejected the application and claimed that "a significant portion of the public associate the confederate flag with organizations advocating expressions of hate directed toward people or groups that is demeaning to those people or groups."

Faced with such blatant discrimination and infringement of its free speech, the Sons of Confederate Veterans filed suit.

While all license plates unquestionably contain some government speech (e.g., the name of the State and the numbers and/or letters identifying the vehicle), the State of Texas has converted the remaining space on its specialty plates into little mobile billboards on which motorists can display their own messages. And what Texas did here was to reject one of the messages that members of a private group wanted to post on some of these little billboards because the State thought that many of its citizens would find the message offensive. That is blatant viewpoint discrimination.

What Alito saw, but the liberals on the court conveniently ignored, was the exceedingly dangerous precedent that such "blatant viewpoint discrimination" sets.

There are numerous specialty license plate designs approved in Texas including those with overtly political, religious, and otherwise controversial messages. An anti-abortion "Choose Life" plate gained approval as did environmentalist messages such as "Protect Dolphins" and "Save Texas Ocelots." The Texas Masons have a specialty plate featuring their logo and there is even a Dr. Pepper plate featuring an image of a soda can and the slogan, "Always One of a Kind." There is a "Don't Tread on Me" plate with a coiled rattlesnake and a "Come and Take It" plate with a cannon.

Texas has myriad specialty plates featuring all manner of images and slogans. The state's rejection of the plate proposed by the Sons of Confederate Veterans was indeed, as Alito stated, "blatant viewpoint discrimination."

Your view of this case should not be about your view of the Confederate flag. Love it, hate it, or be indifferent to it; but when opposition to an image is allowed to constrain and even silence our freedom of speech, you had better sit up and take notice. Free speech is under attack and the Supreme Court just gave its attackers a huge victory. We ALL lost with today's ruling.

NOTE: You can read the full decision including Justice Alito's dissent here.