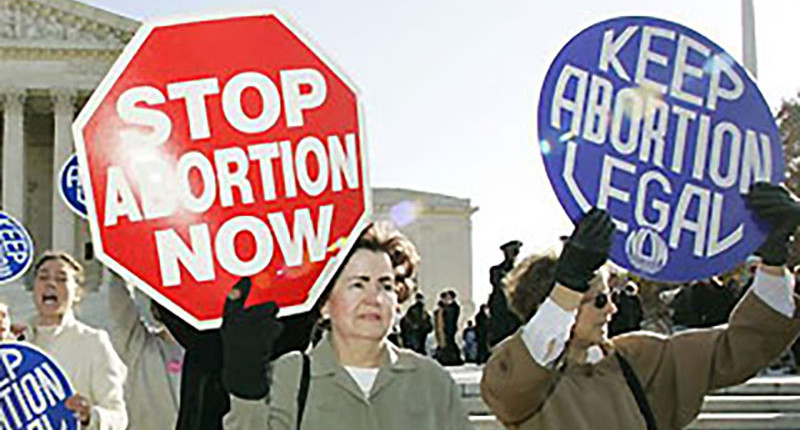 Let me apologize at the outset for the terms "liberal," "conservative," and "libertarian." These terms do not fully encompass the beliefs and ideologies involved, but are used as shorthand to refer to broad coalitions within the political realm.

The term "pro-life" sounds better than "pro-abortion-prosecution," so it's not surprising that those who take such a position selected the term. I do not use the more generic term "anti-abortion" because it too is inaccurate. I am "anti-asparagus." By this I mean I do not like asparagus, I do not like the smell of asparagus, and I do not want asparagus cooked in my abode. I do not advocate the kidnapping and caging of those who grow, sell, or eat asparagus, however; so I am not "pro-asparagus-prosecution."

Those who are simply "anti-abortion" are those who do not have abortions or advocate that others have them. Those who are "pro-abortion-prosecution" want to use the violence and force of the state to compel women to stay pregnant against their will and to kidnap and cage the women who have abortions and the doctors who perform them. Individuals in this latter category may consider themselves "pro-life," but they are rarely consistent in that position.

If one were truly "pro-life," they would place the value of life above all else. They could not endorse war, execution, torture, "targeted killings," or alliances with states that engage in the routine violation of human rights. In short, to be consistently "pro-life" in all matters, one must reject the totality of traditional "conservative" foreign policy.

If one were truly "pro-choice," they would place the value of individual autonomy above all else. They could not endorse any state-imposed limitations on the consumption of drugs, carbs, trans fats, or sugary sodas. Likewise, they could not support any forced association because the notion of "choice" necessarily includes the ability to choose not to associate with certain people. (The public accommodation doctrine is about as anti-choice as you can get.) The choice to own and carry a gun, the choice to drive a Hummer, the choice to abstain from vaccinations—support for all these and more are part of a consistent "pro-choice" philosophy.

The facts reveal that most conservatives are not "pro-life" and most liberals are not "pro-choice"; rather most conservatives are "pro-abortion-prosecution" and most liberals are "anti-abortion-prosecution." (It should be clarified that most individuals who are "anti-abortion-prosecution" are not actually "pro-abortion." They have neither had an abortion nor advocate having abortions as a great way to spend one's day.) There is a group of people who are consistently both "pro-life" and "pro-choice," however; they are libertarians.

The consistent libertarian is "pro-life" because he opposes war, execution, torture, "targeted killings," and alliances with states that engage in the routine violation of human rights. He is "pro-choice" because he supports the right of individuals to choose what they consume, what they own, what they do, and who they associate with—so long as those choices do not violate the equal rights of others.

It is true that there is still some debate among libertarians over the issue of abortion prosecution. Some hold that the unborn child's right to life trumps the disinclined pregnant woman's right of self-ownership, while others recognize that no person—no matter how innocent—has a right to reside inside another's body against their will. Walter Block's explanation of "evictionism" is that an unwanted fetus is trespassing into the womb of the woman, and that the only right choice would be evicting the fetus. Killing it would be wrong. That an evicted fetus cannot (typically) survive outside of the womb is unfortunate, but does not make eviction "murder" as "pro-abortion-prosecution" advocates claim.

Individuals have the right to believe whatever they wish in regards to the morality of abortion, but to claim to be either "pro-life" or "pro-choice" based solely on their beliefs related to that issue is disingenuous. Those who are truly and consistently "pro-life" and "pro-choice" are libertarians—whether they realize it or not.