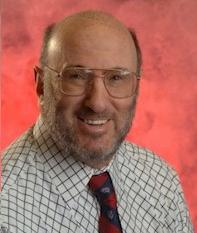 Walter Block is a brilliant libertarian author, economist, and professor whom I greatly admire and frequently quote. He recently announced that he supports Rand Paul in his presidential campaign. While I don't share his conclusion of supporting Rand Paul, I do see some merit to his pragmatic argument:

If the master allows his slaves to vote between Overseer Goodie (who beats them once per week) and Overseer Baddie (who does so hourly), and they choose the former, they are making a reasonable choice. Goodie is not great but Baddie is horrid. Rand Paul is no Murray Rothbard, he is no Ron Paul. But the other Republicans, from a libertarian point of view are vile, disgusting, despicable. There is simply no comparison, even fully acknowledging all of Rand’s flaws from a libertarian point of view.

I must begrudgingly agree that Rand Paul is the least evil of his contemporaries currently seeking the presidency, but I cannot in good conscience actively promote a man or a campaign based on evil principles—namely the subjugation of humanity to the religion of statism. It's true that I would prefer to have Rand Paul in office rather than Jeb Bush or Hillary Clinton, but I am not so naive as to believe that humanity will ever achieve true liberty so long as the US government continues to exist.

Statism—like slavery—cannot be adequately reformed; abolition is the only remedy.