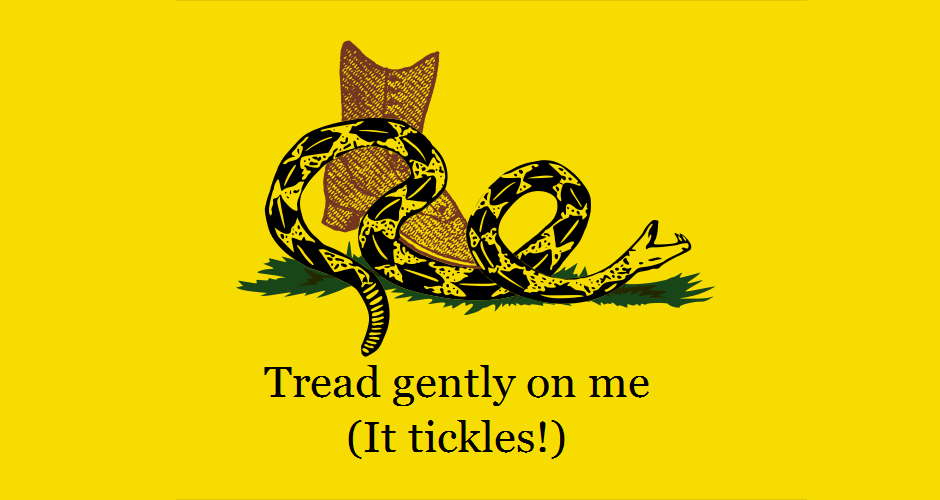 I have spent many years involved in politics despite knowing that it was ultimately pointless and perhaps even counterproductive. My inclination to DO SOMETHING about problems has always been very strong, and politics offered (or appeared to offer) a ready-made opportunity to take on the enemies who make our lives miserable. I also hoped that through my involvement I could be a moderating influence on local political organizations and thereby help them stay true to the cause of defending individual liberty from the ever-growing onslaught of attacks.

Alas, such a strategy—as enticing as it appeared—proved fruitless. Despite my warnings and truly unassailable logic (if I do say so myself), the local board of the Ada County Tea Party voted to endorse Donald Trump for President. Despite the fact that his positions are entirely antithetical to the cause of individual liberty and he has repeatedly gone on record as opposing everything the Tea Party was supposed to represent, the paralyzing fear of Hillary Clinton was too great to overcome.

That wasn't all, though. No, when it rains, it pours, and the local Tea Party also chose to turn its back on those seeking to hold law enforcement accountable for killing more than a thousand Americans every year, and to instead come out in blind support of the state's enforcers. My reminders that the evils perpetrated at all levels of government would be impossible if not for the cooperation of law enforcement and that every human being who has been harmed by "the government" was actually harmed by a government employee trained, equipped, and funded by the government fell on deaf ears.

Faced with the incontrovertible reality of the Tea Party's steadfast determination to embrace the worst elements of statism with open arms, I had no choice but to formally resign.

It's unfortunate, but the symbol of the Tea Party—the Gadsden Flag—apparently has no real meaning to those who fly it. The flag boldly says "Don't Tread on Me," yet the state's agents tread on us every single day in thousands of ways. The coiled rattlesnake represents a determined creature ready to take deadly defensive action, yet we daily see individuals who have harmed no one put in chains and whisked away to a lifetime of incarceration by the state's enforcers. When do we strike back against this oppression? Why fly a flag threatening resistance if your actions are exclusively those of supplicant subjects?

I believe the Tea Party will support these things when they occur. The guns won't be confiscated from everyone, you see (at least not initially), just from those suspected of being supportive of terror... or having crossed a border without permission... or being a member of a "suspicious" religion... or possessing a banned plant. It's okay as long as the victims aren't "us" right? Internment camps are intolerable, of course... unless they're being run by Joe Arpaio (a "hero" to many in the Tea Party) or used to hold Muslims or undocumented immigrants or terror suspects or Black Lives Matter protesters or anyone else that might be considered frightening or undesirable.

What of rights and due process? Most in the Tea Party consider Obama to be a "traitor" for wanting to close the Guantanamo Bay detention camp and actually charge or release those who are imprisoned there. Fear and loathing of those who might be connected to the boogeyman of terrorism have so blinded these supposed lovers of freedom that they willing accept—and even demand—the suspension of rights in order to perpetuate a "war" on an idea.

I am convinced that Hillary Clinton will be elected President next month, and it is more likely than not that control of the Senate will be regained by the Democrats as well. Even the House may be in play. Playing politics has once again been proven worthless as the future prospects for liberty grow ever dimmer. I truly wish that the Tea Party had been a viable and effective force for good, but unfortunately it has become just another group of statists attempting to violently impose their worldview on others. The snake is no longer cautioning his oppressors; instead he's joined them.