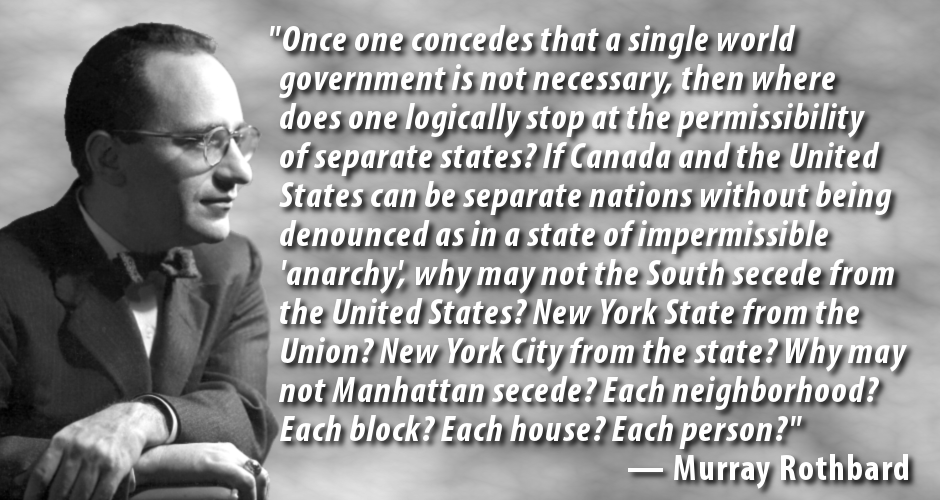 "Once one concedes that a single world government is not necessary, then where does one logically stop at the permissibility of separate states? If Canada and the United States can be separate nations without being denounced as in a state of impermissible 'anarchy', why may not the South secede from the United States? New York State from the Union? New York City from the state? Why may not Manhattan secede? Each neighborhood? Each block? Each house? Each person?"