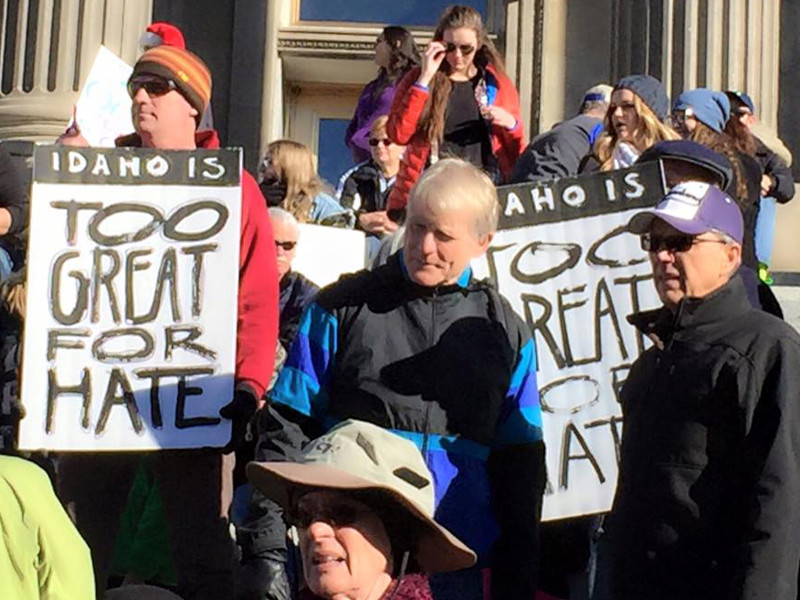 This is the form letter which Rep. Raul Labrador (R-Idaho) has been sending to those individuals who have expressed support for the US government's existing refugee resettlement program. I would like to preface my response by saying that I like Rep. Labrador and consider him to be a genuine individual whose voting record is typically quite good. On this issue, however, I am afraid we very much disagree. 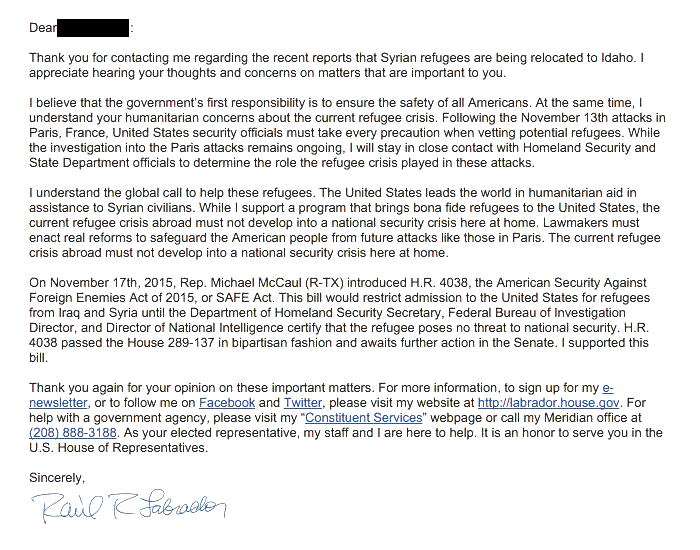 The foundational principle of western justice is supposed to be "innocent until proven guilty," which is, incidentally, the exact opposite of considering a refugee guilty until three separate government agencies all agree that the individual is not a threat. I would add that proving a negative is typically impossible which is, I believe, a very intentional feature of this legislation. Applying unique standards to refugees from two Muslim-majority countries is also a very obvious attempt at religious targeting even if such intent remains unspoken. I am disappointed that Idaho's congressional delegation is unwilling to stand up to those engaging in fear mongering and has instead opted to ally themselves with bigots and nationalists.

Idaho is a state in which many residents pride themselves on rugged individualism, yet cowering in fear from refugees is the exact opposite of this mentality. We should extend the presumption of innocence to all who wish to join us and welcome those who are fleeing the turbulence and violence of their war-torn homeland. We should also not forget the very significant role that the US government had in fomenting and escalating the conflict in that region.

The slogan, "Idaho is too great for hate," has grown in popularity among those supporting incoming refugees, and I would hope that Idaho's representatives in congress would be big enough to rise above the irrational hatred and fear which has been driving the discussion as of late, and to stand in support of giving aid to those refugees fleeing the quagmire that our government helped to create. The risk of rendering such aid is actually incredibly low due to the very robust existing refugee screening process, and a detailed analysis done by Cato confirmed the fictional nature of the supposed threat from refugees.

I encourage Rep. Labrador and the rest of Idaho's congressional delegation to reconsider their support for limiting or suspending the refugee resettlement program, and I challenge them to instead take up the role of champions for these poor souls who have been victimized and displaced by our government's interventionist foreign policy. Idaho should be a leader in offering refugees a second chance at life, not a follower of those who use tragedy as an opportunity for political grandstanding. Idaho must not give into fear and hatred; instead we must rise above it and be an example to the rest of the world. Idaho is indeed too great for hate.