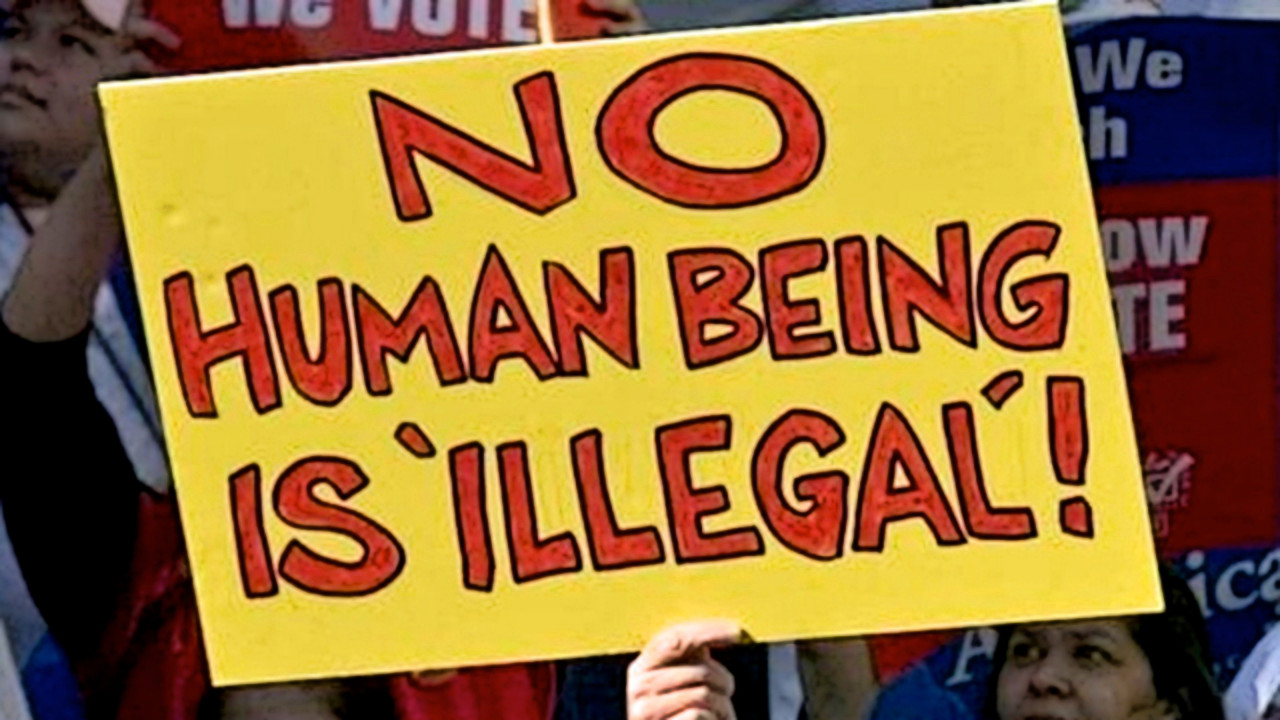 Thanks to the bloviating of Donald Trump, the refugee crisis in Syria, and the fundamentally broken immigration system which is being perpetually mismanaged by the US government, immigration is once again a major talking point for pundits and commentators as well as for politicians and people in general. While the issues of refugees and voluntary immigration are a bit different, they invariably end up being lumped together in people’s minds and arguments.

In order to have a realistic discussion about these important issues, we must first establish some basic definitions. The first important definition regards the nature of ownership. You own your own property. This includes your clothes, vehicles, and other personal possessions in addition to your buildings and real estate. As an owner, you have the right to deny access to or use of your property to anyone for any reason (or even for no reason.) Ownership does not include an entire country, however. Neither the government nor the residents of a country have any legitimate claim of collective ownership over the totality of a country.

Another important definition is that of an “invasion” which is what some who oppose freedom try to liken immigration. An invasion requires that a group of individuals forcibly cross the borders of private property (usually with criminal intent.) Put simply, if no one is actually occupying your private property, you can’t claim that you are being invaded.

Contrary to the arguments of those who oppose free immigration and open borders, it is actually immigration restrictions which infringe on the rights of property owners. If the owner of a farm or a store wants to hire someone, that prospective employee’s place of birth should not give an uninvolved third party the right of veto. Likewise, if a property owner wishes to rent to or sell to an individual born on the other side of an imaginary government line, this is no business of anyone who is not a party to the agreement.

Another spurious argument put forth by anti-immigration nativists is that immigration is somehow destructive to “culture.” While this argument appeals to the base jingoistic tendencies of certain individuals, it is patently false. Culture is not some fragile bird which must be protected from predators; rather culture is a living, growing thing which is only enhanced by the contributions of new individuals. The culture argument is particularly preposterous in the US where the culture (such as it exists) is a complex amalgamation of the various, preexisting cultures of immigrants from around the world. The idea that US culture has somehow reached an apex of perfection and that additional immigration will now dilute it rather than continue to build and improve it is pure poppycock.

Imagine for a moment that citizenship didn’t exist and birthplaces were universally unknown. What then would constitute immigration? Why do we place so much emphasis on government permission slips and the accident of one’s birthplace? All individuals have the same natural rights regardless of where they were born or which government claims jurisdiction over them.

Yet another bogus claim made by those who oppose free immigration is that immigrants commit crimes, specifically that immigrants commit more crimes than the native population. This claim is fundamentally false, but even if it were true, so what? Even if the small percentage of immigrants who commit crimes were higher than that of the native population, would that somehow justify limiting the rights of immigrants to travel and engage in commerce and violating the rights of prospective employers and landlords? Groups or classes of people should never be penalized because of the crimes committed by individuals.

Even if (and this is most certainly not the case) the percentage of immigrants committing crimes were outrageously high, that would still not justify restricting the rights of other individuals merely because they share some common characteristics with the individuals who commit crimes. One’s birthplace or place of residency should no more be considered a factor in criminality than should hair color, eye color, or being left handed. If there were a high number of crimes committed by blue-eyed individuals, should all blue-eyed individuals be subject to additional or unique travel restrictions?

Finally, a word on refugees. There is certainly a legitimate objection to governments using money which was coercively expropriated to pay for travel and housing for refugees (or for anyone else) as this constitutes theft and redistribution, but that is the only aspect of refugee resettlement to which one can legitimately object. The religion or culture of the refugees is not a legitimate reason for opposition and neither are claims of criminality for the reasons already discussed. As for the cost involved, I will always find coerced redistribution immoral, but if the government is going to use the money which it has stolen for any purpose, I would certainly prefer refugee resettlement to cronyism, welfare, nation building, foreign aid, militarism, or any of the myriad other objectionable actions regularly undertaken by the state. Additionally, when one considers that it was largely the imperialistic foreign policy of the US government which caused the current refugee crisis, spending a tiny fraction of the military’s budget to aid an even more minute fraction of the refugees created is likely the least objectionable use of stolen money imaginable.

In summary, all individuals have the right to travel and engage in voluntary and consensual commerce with other individuals, and one’s place of birth or residency should never be used as an excuse to restrict their rights. Crimes are the fault of the individuals who commit them and no one else; therefore restrictions based on common characteristics between those who commit crimes and those who do not are never justified. Culture is not harmed by immigration but is rather enhanced and broadened through migration and travel. Although government theft and redistribution is never justified, aiding the victims of the US government’s imperialistic foreign policy is the least offensive use of stolen money possible.

I support the rights of all individuals regardless of where they were born and reject the collectivist notion that government borders supersede the natural rights of individuals. For this reason, I support free trade, free travel, free immigration, and open borders.