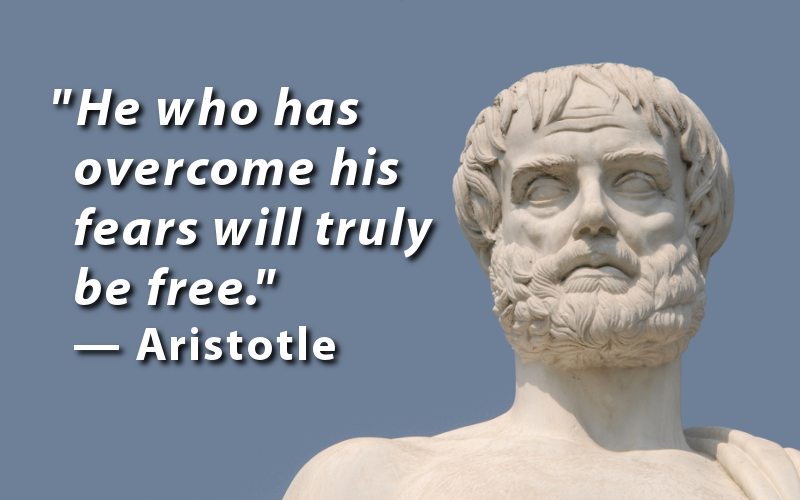 Purveyors of statism deal primarily in fear, and no particular subset of these charlatans has a lock on this tactic. It is equally absurd to fear your Muslim neighbors, peaceful gun owners, or the average temperature rising two degrees in a century. When you stop living in fear, and opt to embrace reason and logic instead, you invariably end up a libertarian.

This realization is why I've used the slogan "More Freedom, Less Fear'" Fear is what drives people not only to tolerate government—but to actively campaign for it. We see this frequently in politics as people openly advocate higher taxes, more regulations, and a more overbearing police state. Behind these foolish demands, we find a plethora of fears; fear of poverty and homelessness, fear of tainted food or smoggy air, fear of immigrants or violence. Despite the mathematical unlikeliness of these fears becoming a reality (and the even more absurd belief that government actions can reduce danger), individuals continue to fall prey to fear and to abandon logic in the foolish hope that government will save them from these (largely imaginary) threats.

This is where the cycle starts to perpetuate itself, unfortunately. People feel an unreasonable sense of fear regarding a fictitious threat (such as terrorism or global warming), they demand government action (like the Patriot Act or more stringent emissions requirements), and when the threats (terrorist attacks or rising sea levels) don't materialize, these fearful people credit the government actions with what they see as a success. This sequence is great for a government seeking to expand its size and power, but it does nothing for individuals except eviscerate their liberties.

Fear is liberty's most virulent opponent. Aristotle once said, "He who has overcome his fears will truly be free." If we ever want to see liberty triumph over the tyranny of statism, we must first defeat the fear that drives people into the arms of a state they imagine will be their protector. If we can win that battle, liberty will at least have a fighting chance.