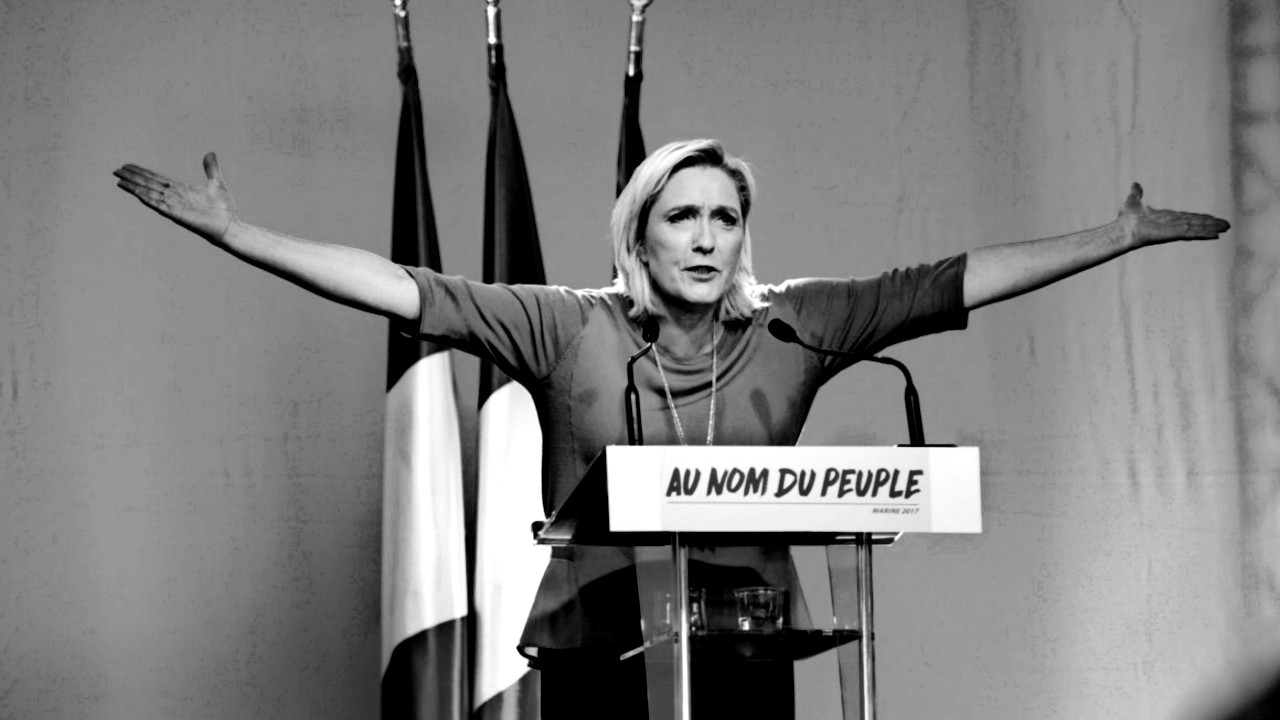 While I certainly do not expect to see Marine Le Pen secure a victory in the upcoming French Presidential runoff election, even her ascendency to such a race represents yet another (once) surprising victory for the strain of nationalistic populism which has been sweeping the globe in recent years. From the Philippines to Great Britain to the United States to Turkey to France (and many other similar examples as well), we are witnessing the reversal of a trend at least 70 years in the making.

Following the end the Second World War, there was a growing recognition of the fact that the world was far smaller and more connected than previously believed. Nations and countries had to come together—not just for defense—but for trade and commerce as well. The ensuing Cold War led to large-scale alliances and trade blocks that competed with each other while embracing a gradual reduction in internal barriers. Following the collapse of communism in the 1980s and 90s, there was a renewed push for free trade and for less restricted travel as people began to see themselves as citizens of the world rather than as unwilling participants in partisan struggles between bickering politicians.

But then something changed. Many will point to the terrorist attacks in 2001 and the subsequent wars and predictable blowback as the beginning of the shift, but it is likely more accurate to point to the financial collapse in 2007 and 2008 as the real tipping point. Yes, terrorism (and the imaginary hobgoblins invented by politicians to menace the populace) created the pretext for hard-core nationalists to reemerge after more than half a century of exile, but it was the reality of financial hardship—far more than the specter of Jihad—which created the fertile ground necessary for the disease to take root.

Faced with the looming pressures of job loss, bankruptcy, and rising healthcare costs (particularly in the US), and angry that most governments prioritized stabilizing large financial institutions over direct cash subsidies to individuals, the masses began to push back. Unfortunately, due to lacking even a basic understanding of economics, their resentment was largely misdirected. Rather than targeting the politicians, financiers, and speculators whose actions (and inactions) were primarily at fault for the financial meltdown, the people (broadly speaking) took out their frustrations on refugees, migrant workers, religious minorities, and others who were suffering far more than the disaffected malcontents who targeted them.

The shift did not happen overnight, though. The US Republican Party missed the memo entirely in the 2012 election cycle, electing a consummate elitist as their standard-bearer and watching as his campaign imploded after he derisively dismissed nearly half the population as unworthy of his campaign efforts. The Democratic Party fared little better in 2016 when an elderly Vermont Senator elicited far more excitement than did their chosen champion.

People were angry, unsettled, and ready for something different. In large part, this agitation was because their own failures and shortcomings were weighing on them and they were desperate to find someone else to blame. Enter the nationalists. Much like in 1930s Germany where the population was feeling the pain of post-war reparations and rebuilding, conditions were ripe for the rise of the nationalist menace.

Although it's often difficult to recognize the significance of events until after the fact, we may actually be only in the beginning stages of this dangerous shift. What we are observing with the rise of Rodrigo Duterte, Nigel Farage, Donald Trump, Recep Tayyip Erdoğan, and Marine Le Pen (to say nothing of less successful yet even more dangerous voices such as Geert Wilders) is a cynically guided rejection of the values of tolerance and liberty which have been so instrumental in the rapid advancement of mankind's wellbeing during the twentieth and twenty-first centuries.

The authoritarian violence of Duterte's and Erdoğan's regimes is soon to be replicated in the US if Trump's loyal lieutenant Jeff Sessions gets his way, and Le Pen's call for a "moratorium on all legal immigration" suggests that she too would attempt to exercise dictatorial powers if elected. Oppression isn't a side effect of nationalism; it is its defining feature, and the more victories the nationalists are able to achieve, the more victims will be created.

Closed borders are dangerous and destructive, but what is even more perilous are closed minds. Trade can be resumed, travel can be rescheduled, but a mind surrendered to prejudice and bigotry is rarely recovered. Disingenuous politicians are seizing upon growing frustration by attacking immigrants and free trade as the primary causes of the changing economic landscape and by promising that walls, tariffs, and crackdowns on minorities of various kinds will result in better and stronger societies. They are lying. Such illiberal policies will result in nothing but higher taxes, fuller prisons, more wars, and increased misery and suffering around the globe.

Nationalism is not a solution to humanity's problems. It only makes things worse. Instead of embracing intolerance and tyranny, mankind needs to recognize that acceptance, liberty, and voluntary commerce are the keys to prosperity, peace, and security. I just hope it isn't too late to help them gain this understanding.