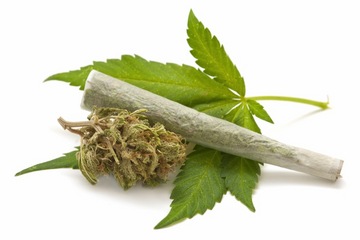 Legalizing marijuana—or preferably decriminalizing it by removing all references to it from the law—would do more to help Idaho and Idahoans than any bill the state legislature has passed in the last decade. Not only could tens of thousands of Idahoans be set free from the tyranny of the state's authoritarian "criminal justice" system for their non-crimes of producing, distributing, or consuming marijuana; but the myriad health benefits of cannabis would also be readily available. The untapped potential of hemp farming must also be considered when evaluating these advantages.

Yes, health, wealth, and freedom—to say nothing of relaxation and pleasure—are all being blocked by the moralistic tyrants who make up Idaho's government. Their stubbornness on this issue has caused more harm and ruined more lives than can ever be fully tabulated. Every individual who perpetuates the drug war and who stands in the way of individual freedom and choice when it comes to what we put in our own bodies is not just stubborn, old fashioned, or uninformed; these individuals are evil incarnate. There can be no forgiveness for their crimes against humanity. Ending this malevolent prohibition on marijuana would be the greatest victory for freedom in Idaho of this generation and perhaps of the state's entire existence.

The only real historical parallel to marijuana prohibition in terms of scope and harm is slavery. Some might suggest the national prohibition on alcohol during the 1920s is the closest parallel, but what we have today is actually far worse. Alcohol has negative side effects and causes health problems where marijuana has no negative side effects and can actually improve health. Alcohol is a contributing factor in thousands of deaths every year while marijuana has never killed anyone and can actually preserve life in some cases. Slavery, on the other hand, led to an incalculable loss of freedom, misery, and death which is exactly what the war on drugs has brought to millions of people across this country.

There are no valid arguments for keeping marijuana illegal; none whatsoever. If God exists, he created marijuana, so don't appeal to him. If your concern is crime rates, people who use marijuana are actually less inclined toward violence than the population at large. If health is your justification, give it up; marijuana's health benefits far outweigh any slight negatives which might exist. Perhaps you have bought in to the persistent superstition that marijuana is a "gateway drug," but this propaganda has been thoroughly debunked.

Marijuana isn't just a drug or just a plant; it's a symbol of human rights and human liberty. Its prohibition was malignantly racist in origin as is the perpetuation of the negative stereotypes of its users and advocates. Marijuana should never have been prohibited or regulated, and it is long past time for Idaho to repent of this grievous sin and to once again allow all Idahoans to realize the numerous benefits of marijuana.