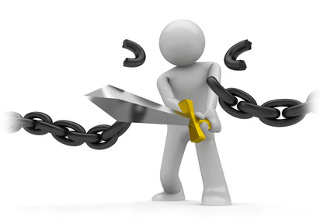 I am a libertarian, and I recently wrote about the reasons why. I want to expand on that thought now and point out that in addition to being a libertarian, I am also a strong advocate of liberty in general. Let me explain the difference. As a libertarian, I oppose the initiation of force against the life, liberty, or property of others. I especially oppose government force including commonly accepted forms of coercion such as taxation, zoning ordinances, preemptive traffic laws, etc. As an advocate of liberty, I go beyond just opposing the initiation of force, and I also oppose other actions—including some voluntary actions—that are designed to pressure people into altering their thoughts or generally harmless behaviors.

Pressure comes from many sources, some of which constitute force—governments, laws, muggers with guns, etc.—and some of which merely constitute external inducement through compelling, though not technically coercive, means. This type of pressure can come from family, friends, strangers, religion, 'society' (as much as I hate that word), and even from superstition and misinformation. I am not suggesting that such external pressures should be prohibited or that they violate the non-aggression principle, but I would argue that they are inconsistent with a true and comprehensive belief in human liberty.

A good example can be found within the debate over gay marriage and, more broadly, homosexuality. I oppose government action to curtail the actions or activities of all people including those who are gay. Laws which limit their ability to marry, cohabitate, co-own property, or adopt children are abhorrent and discriminatory. Most libertarians would agree on this point. As an advocate of unfettered human liberty, however, I take my views to the next level: Individuals and organizations—I'm looking at you, Rand Paul—who oppose gay people marrying, cohabitating, co-owning property, or adopting children are also abhorrent and discriminatory. Yes, as a libertarian, I must grant that bigots have a right to hold such opinions, and I will not condone initiating force against them as a response, but I will condemn their bigotry and denounce them for their opposition to true human liberty.

Another example is marijuana use. Most libertarians would agree that government should not regulate or prohibit the consumption, distribution or production of marijuana. Some would still suggest, though, that such activities are wrong or undesirable. They have a right to their opinions, of course, but their opinions are not rooted in a real belief in human liberty. If you truly believe in human liberty, you don't want to stop people—or even to discourage them—from enjoying themselves or engaging in voluntary commerce.

Perhaps you will disagree with me, but I see petty opposition to liberty in many things people take for granted—parents forcing their kids to eat broccoli or sit up straight; strangers chastising each other over grammar on social media; people gossiping about relationships they believe are 'inappropriate.' Other things I put in this category are dress codes, strict schedules, drug tests, and the bulk of what is called 'tradition.' Declaring that some words or even subjects are 'offensive' is another example. Even where there is no coercion, actions and words designed to induce change or to express disapproval tend to have a stunting impact on liberty.

My advice to everyone is stop trying to control people; stop trying to change their behavior or mold them to your worldview. Stop lying to yourself and claiming that what you say is 'constructive criticism.' It's not. It's unnecessary meddling in the lives of others. Let people have fun, make mistakes, and even be wrong without trying to step in and 'save them from themselves.' Give real liberty a try and you'll find that you're happier, your relationships are stronger, and life in general is a hell of a lot more fun.