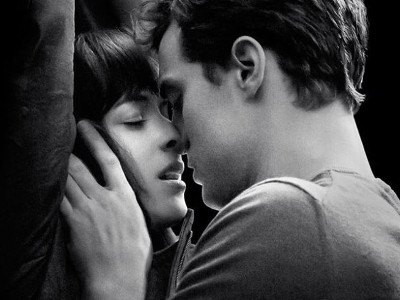 In what can only be described as the boorish enforcement of Idaho's stupidest law, the Idaho State Police informed local movie theaters that they are not allowed to serve alcohol to moviegoers watching "Fifty Shades of Grey." Why? Because of a ridiculous and contrived law inserted into Idaho statute by the puritanical, moralistic busybodies who make up a majority of the Idaho State Legislature (to say nothing of the many county commissions and city councils throughout the state.)

The law in question is Section 23-614, Idaho Code, specifically subsection (e) which dictates that:

No person, partnership, association or corporation shall conduct, permit, or encourage any of the following acts or activities in or upon premises licensed pursuant to title 23, Idaho Code [licensed to serve alcohol] ... The showing of films, still pictures, electronic reproductions, or other visual reproductions depicting:
(i) Acts or simulated acts of sexual intercourse, masturbation, sodomy, bestiality, oral copulation, flagellation or any sexual acts which are prohibited by law.
(ii) Any person being touched, caressed or fondled on the breast, buttocks, anus or genitals.
(iii) Scenes wherein a person displays the vulva or the anus or the genitals.
(iv) Scenes wherein artificial devices or inanimate objects are employed to portray any of the prohibited activities described in this section.

Yes, all of that is actually written in Idaho code. Lest you assume that this is just some forgotten prohibition from a bygone era, please realize that this language was newly added to Idaho code in 1999. Indeed, many of the legislators who cast their votes for this nonsense are still serving in the legislature today.

While prohibiting movie theaters from serving alcohol to those watching certain R-rated films is bad enough, a critical reading of this statute reveals that many films rated PG-13, not to mention the average art museum, would also fall under its scope. Even art-house movie theaters such as The Flicks in Boise are impacted. According to a report from CBS Seattle, in 2013, this statute forced The Flicks to decline to show "Blue is the Warmest Color," a critically acclaimed film about lesbian romance featuring explicit sex scenes. Michael Deeds over at the Idaho Statesman opines, "How heartbreakingly pathetic is it when Boise's lone art-house theater won't book the winner of the Cannes Film Festival's highest award because it's rated NC-17?"

It would appear that having to be 21 years old to legally drink in Idaho is not enough of a limitation—because apparently being old enough to occupy foreign countries and kill people on the other side of the globe doesn't mean you're old enough to enjoy a glass of the bubbly—now even those of legal age can't consume their beverage of choice while enjoying a popular film.

While we're on the subject of Idaho's legal issues when it comes to sex, let's discuss the fact that the code referenced above is actually the only place where you'll find the word 'sodomy' in Idaho code. That's because in all other parts of the code, it's called the "infamous crime against nature." That's right folks, in Idaho, having anal sex (regardless of if it's gay sex or straight sex) is considered an infamous crime against nature, and—despite Supreme Court decisions to the contrary—it is still classified as a felony "punishable by imprisonment in the state prison not less than five years." (We're talking about Section 18-6605, Idaho Code, if you want to see for yourself.) In case you're confused about what exactly constitutes this infamous crime against nature, Section 18-6606, Idaho Code, explains that "any sexual penetration, however slight, is sufficient to complete the crime against nature."

Perhaps you think we've exhausted the list of stupid, anti-sex laws in Idaho? Nope. How about fornication? For those unfamiliar with the legal definition, it's any sex between unmarried individuals. Fines and imprisonment await those convicted of fornication in the great and chaste state of Idaho. We're in Section 18-6603, Idaho Code, now.

Incest may be a bit more uncomfortable of a subject for some people, but consensual sex acts between related individuals are not only illegal in Idaho, they carry a sentence of up to life in prison. See Section 18-6602, Idaho Code.

Then there are Idaho's age of consent laws which makes it illegal to have sex with someone under age 18 in most cases or under age 16 if the other person is 5 or more years older than the 16 or 17-year-old. See Section 18-1508A, Idaho Code. If a 17-year-old and a 23-year-old hook up in Idaho, the 23-year-old could face life in prison.

We also can't forget about sexting. If a 17-year-old girl sends a nude photo of herself to her 18-year-old boyfriend, they could both be charged with a violation of Section 18-1507, Idaho Code, "sexual exploitation of a child." These are felony charges with decades in prison at stake, but Idaho apparently sees no reason to alter or amend these statutes. This isn't just conjecture either. In a recent Arbiter article, Lynda Smith, counselor for the State of Mind Counseling and Neurofeedback Center, is quoted as saying that she has seen "18, 19-year-olds go to jail as a result of 14, 15 and 16-year- old girls sending nudes or vice versa."

There's more too. Idaho law makes it so the state has no real strip clubs (just "bikini bars") and prostitution is a crime both for the provider and the client. Local massage parlors are raided by the police if they suspect people might be having too much adult fun.

Idaho has some serious hang-ups when it comes to sex. Even when minors aren't involved—but don't kid yourself, minors will continue to have sex no matter what laws are passed—Idaho still criminalizes voluntary sexual interaction between consenting adults and won't even let you enjoy an alcoholic beverage with your mainstream Hollywood movie if it shows too much skin. Idaho statutes interweave blatantly unconstitutional laws with laughable language and draconian penalties to make Idaho possibly the least tolerant state in the nation when it comes to this issue. Perhaps part of the problem is that the average age of an Idaho legislator in 2013 was 61. The people making the laws grew up in a sterile age where sex and nudity were considered 'sins' outside of extremely narrow confines, and where sexting and movies like "Fifty Shades of Grey" were all but inconceivable. Despite the fact that younger generations are becoming increasingly confident and open about their sexuality (a positive change by most estimations), the elder statesmen governing Idaho remain convinced that anything the preacher says will send you to hell in the afterlife ought to send you to prison in this one.

Perhaps the real solution is to get all these lawmakers laid so they can remember (or learn, as the case may be) that having sex is simply a fun way to spend an evening and not a crime deserving of condemnation and punishment. Short of that, we'll probably just have to be content to outlive them and rewrite the laws once they're gone. In the meantime, sex will apparently remain a taboo—and an infamous crime against nature, even—within the gem state.