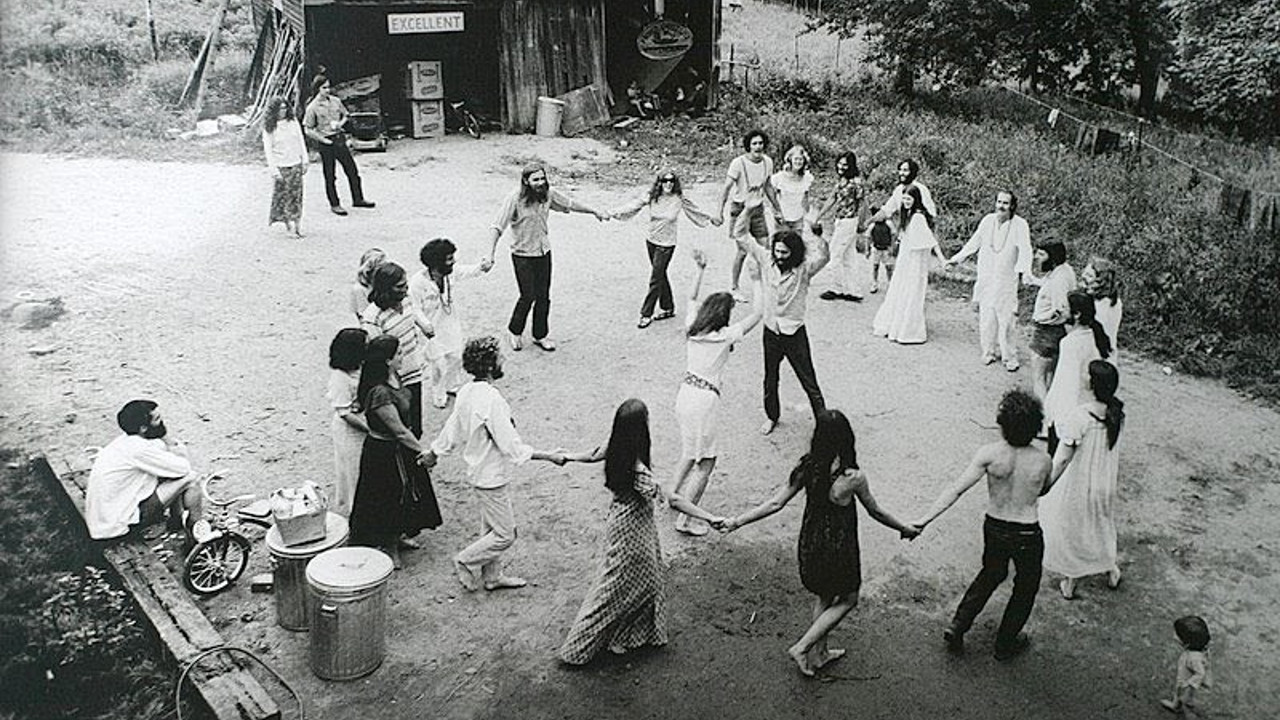 As a libertarian of the anarchist persuasion (one who advocates the complete and total abolition of the state), I often find myself in discussions of how a truly "free" world might look. The truth, though, is that a free world would allow for the development of many diverse and dissimilar communities that bear little resemblance to each other. While some might be thoroughly modern, capitalistic communities where trade and commerce were central to human interaction, others might be nearly the opposite.

I am not attracted to the supposed allure of socialism and communism as typically portrayed because (among other reasons) I like my stuff and I have no desire to share it with a collective. I find the mantra of "from each according to his ability, to each according to his needs" to be entirely incompatible with normal human motivation and a recipe for widespread sloth and indolence.

All that said, I'm just one individual with a worldview informed largely by my own experiences. I know people who despise the corporate environment and who would happily trade it for a simple life in a beach commune somewhere. How long they would last in that environment is perhaps debatable, but their willingness to give it a try is what is relevant to the discussion of what communities might form in a free world.

I recently came across an article about American hippie communes in the 1970s, and in addition to the fascinating photography, there was a particular paragraph that caught my attention:

Each hippie commune was different: some were deeply religious communities while others were completely secular. Drug use was rampant on some hippie communes and forbidden on others. Some were strictly self-sufficient agrarian societies, but other hippie communes participated in capitalism—owning businesses and selling rock albums. There was no "one-size fits all" model, and each hippie commune developed its own culture, rules, and personality over time.

Even among the relatively small number of people who lived in hippie communes, there was a wide variance in attitudes and actions. Given the entire world—rather than just a small number of often persecuted communes—as a testing environment for how people might choose to coexist, what are the chances that it would eventually settle into a single model? Isn't it more likely that there would be hundreds or thousands or even more diverse communities ranging from the most rigidly sequestered religious groups to the most open and accommodating communes where (nearly) anything goes?

I like capitalism. I like free markets and free trade where anyone is able to trade any good or service to any interested buyer without limitations, regulations, or taxation imposed by some uninvolved third party like the state. I believe that in a free world devoid of statism, I would choose to live where such trade was not just tolerated, but encouraged and embraced. Ultimately, this is just my opinion, though. It's not a statement of objective truth about the best way for humanity to live and interact. It's preference—informed to some extent by the study of human nature—but a preference nonetheless.

There is a tendency among some in the libertarian / ancap community to denigrate those whose preference is for a more communal form of living rather than for a society based on property ownership and free trade. This inclination is furthered by fear that those who advocate such a lifestyle would force it on others through the confiscation and redistribution or even the destruction of private property. Such fears are not entirely unfounded for there are some radicals—of all worldviews—who are willing to impose their preferences on others through force.

The problem I see with the view adopted by some of the more militant defenders of the ancap philosophy is that it too is an attempt to impose preferences on others through force. The seizing of communal property for private use is no less violent or unjustified than is the seizing of private property for communal use. The "tragedy of the commons"—while a real problem for advocates of communal living to consider and overcome—is not sufficient justification for the commons to be seized and privatized. The barbaric treatment of the Native Americans throughout the nineteenth century is just one example of how such forced privatization can destroy not just a community, but an entire civilization.

I don't ever see myself living in a commune or choosing subsistence farming in lieu of a free market where the division of labor and a recognition of comparative advantage makes everyone better off, but I also have no desire to stand in the way of those who would pursue such a lifestyle. It should be a matter of choice and preference, not a reality imposed upon individuals by other people, by society, or by a state. A free world is one in which any choice that doesn't harm others is recognized as an equally valid preference. A free world is one in which every individual gets to choose their own life and lifestyle free of coercion and violence. That's the freedom I want for everyone.