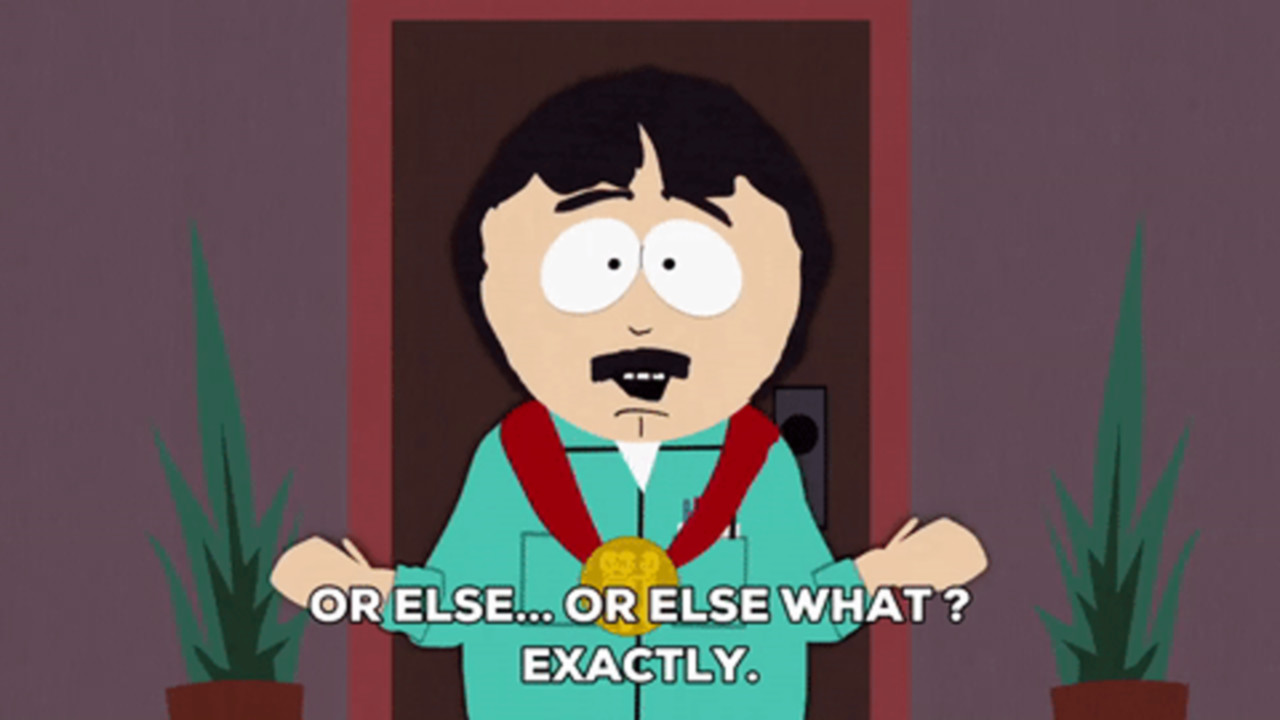 I was recently involved in a discussion involving the allegation that someone forced another person into making certain choices regarding their line of work. The details or identities are not important, but I would like to touch upon the subject of what constitutes force from the libertarian perspective.

It is, I think, important to remember that not everyone uses language as precisely as we might wish. To libertarians, the concept and definition of "force" are central to the non-aggression principle (NAP) that serves as the foundation of our philosophy. To others, however, "force" is a rather generic word that can include all manner of influences and inducements outside of and beyond physical violence.

One might say that the snow forced them to drive slower, that the presence of a crowd in a bar forced them to go elsewhere, or that their spouse forced them to try a new restaurant. There are innumerable situations and elements of reality that can serve to influence our decisions, and these may well feel like "force" in that they are difficult to resist. As a libertarian myself, I use the term "force" more narrowly, applying it only to conditions where coercion is employed and where such coercion involves the use of violence or the threat of violence. I do not apply it to any situations where one can make a choice without facing violent retaliation. (Violence includes any unwanted initiation of force against one's life, liberty, or property.)

Where there is perhaps some gray area in the concept of force (even among some libertarians) is when the threatened response to a particular choice is not violent, but it still serves as a sufficiently disruptive inducement to make the chooser feel coerced into making a particular choice. Such situations might involve a threat to reveal some private information if one chooses a particular path. It could also involve withholding affection, the suspension of an ongoing financial arrangement, or some other action that could be viewed as retaliation.

The relevant question from a libertarian perspective is if the threatened response is an action that the person making the threat has the right to carry out regardless of the specifics of the situation. If they have the right to reveal some piece of information, withhold their affection, or terminate an ongoing financial arrangement for any reason, they have the right to use the potential for such outcomes as an inducement to influence another person's choice. Such situations are not examples of force or coercion, but of persuasion. Attempting to conflate coercion and persuasion is a hallmark of statist philosophy, and it should be carefully avoided by libertarians.

I would encourage people (especially those who choose to identify as libertarians) to use precise language whenever possible and to consciously differentiate between non-violent inducements and actual coercion, both in their own lives and in their discussion. If we are to be successful in revealing the coercive nature of the state, we must understand and correctly identify what constitutes coercion—taxation, for example—and what does not.