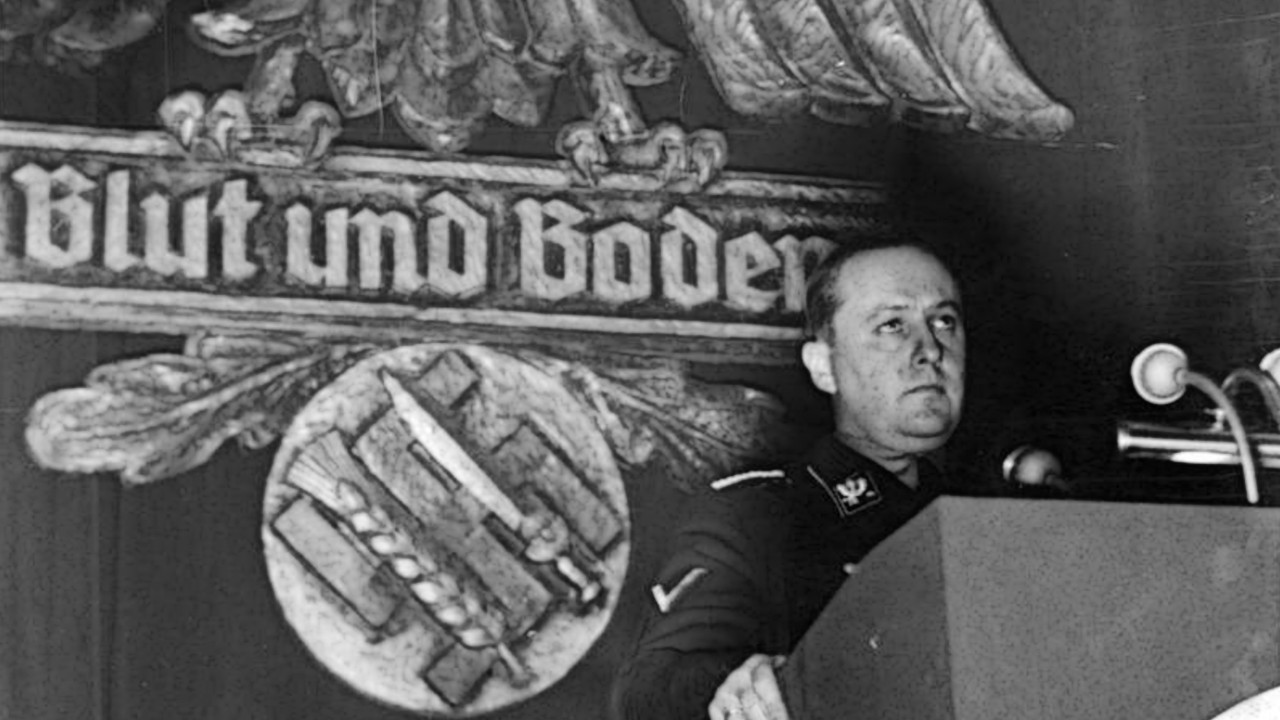 I honestly didn't want to write this article. I have already made a few Facebook comments trying to clarify what was wrong with Jeff Deist's "For a New Libertarian" speech, but sadly the controversy isn't going away. Battle lines are being drawn and the gulf between the consistent libertarians who prioritize liberty above all else and those who are willing to give a nod to fascism, nationalism, and the alt-right is growing ever wider and deeper.

First and foremost, I'm disappointed in Deist and those at the Mises Institute who are defending him. They are dragging the Mises Institute back into disrepute by doubling down on a variation of the failed "Paleoconservative" strategy of the late 1980s and 90s. His speech not only used phrasing which he borrowed directly from German nationalists—"blood and soil" AKA "Blut und Boden"—but it also unfairly denigrated libertarians who reject "culturally conservative" morality and religion as nihilists. 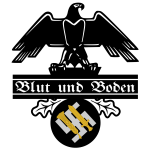 Some have suggested that his "blood and soil" reference was entirely innocent, but Deist is far too intelligent for that excuse to be believed. Just search the phrase on Google, and the first hit is a Wikipedia entry that is "Part of a series on Nazism." The first image result is the one displayed here.

An excerpt from the Wikipedia article:

Richard Walther Darré popularized the phrase at the time of the rise of Nazi Germany; he wrote a book called Neuadel aus Blut und Boden (A New Nobility Based On Blood And Soil), in 1930, which proposed a systemic eugenics program, arguing for breeding as a cure-all for all the problems plaguing the state. Darré was an influential member of the Nazi party and a noted race theorist who assisted the party greatly in gaining support among common Germans outside the cities. Prior to their ascension to power, Nazis called for a return from the cities to the countryside. This agrarian sentiment allowed opposition to both the middle class and the aristocracy, and presented the farmer as a superior figure beside the moral swamp of the city.

Don't misunderstand me. I don't think Deist is actually a Nazi. That's not at all what I am suggesting. What I am saying is that with a well-documented history like this, it is rather ridiculous to expect people to believe that the phrase, "blood and soil" can be invoked innocently. Deist knew what he was saying. Exactly why he said it remains open to debate.

Even without the "blood and soil" reference, though, there is much to criticize about Deist's conception of the "new libertarian." He went on to criticize those who advocate freedom for all individuals around the world, suggesting that "car[ing] about gay marriage in Saudi Arabia" and "agitat[ing] for Texas-style open carry laws in France" are inferior choices to pushing for "political decentralization, secession, and subsidiarity." Are we really supposed to believe that the primary concern of people being kidnapped and caged for being gay in Saudi Arabia or trying to protect themselves in France is "political decentralization"?

The speech was also full of political dog whistles such as a good ol' neo-confederate reference to "states' rights" (even though libertarians do not believe that political subdivisions have rights) and an entirely superfluous nod to the worst thing Murray Rothbard ever wrote, the ill-conceived "Nations by Consent" which remains a favorite of the alt-right's most bigoted adherents. He also referred repeatedly to "globalism," "civil society" (he hit that one at least a half-dozen times), and "culture." As someone who has seen more than a few former libertarian friends and allies defect to the dark side of the alt-right, it's impossible to miss their favorite buzzwords.

The entire speech sounds like it was written primarily to appeal to the alt-right and their fascist and conservative allies whose list of things they value more than liberty grows longer by the day. Consider Deist's truly bizarre assertion that "a more libertarian society would be less libertine and more culturally conservative" despite the fact that history reveals the opposite to be true. People, once freed from oppression, almost invariably deviate from the moral rigidity which conservatism previously forced upon them.

In truth, the only consistent libertarian position in a debate between nationalism and globalism is to reject both in favor of individualism. Deist was correct to reject "political universalism," but he takes this rejection too far by suggesting that libertarians shouldn't "care about gay marriage in Saudi Arabia" because we most certainly should care about liberty for all individuals no matter where they may live.

Instead of rejecting one variation of political thought, libertarians should reject politics altogether and focus instead on defending all people from oppression regardless of the identity of either the oppressor or the oppressed.

Deist argues further that "a world of seven billion self-governing individuals is the ideal, but short of that we should prefer the Liechtensteins to the Germanys and the Luxembourgs to the Englands. We should prefer states' rights to federalization in the US, and cheer for the breakup of EU. ... We should, in sum, prefer small to large when it comes to government."

One final criticism: Although he asserts on the one hand that we shouldn't stand up for oppressed gays in Saudi Arabia because "we don't know what's best," on the other, he claims that "We want strong families, we want elite families, we want wealthy families that are not afraid of government. We want large extended families that people can turn to in time of trouble." Which one is it? Do we not know what's best for others or do we want strong, elite, large, wealthy families? That's a very specific set of preferences which Deist believes that "we" should hold, and unlike the condition of liberty—which would allow people to choose such a situation or not—it doesn't leave much room for personal choice.

I'll never be one of Jeff Deist's new "blood and soil" libertarians because I will never hold any value, any principle, or any goal more highly than that of absolute, unfettered liberty for every individual on earth. What can I say? I may not be a new libertarian, but at least I'm a consistent one.