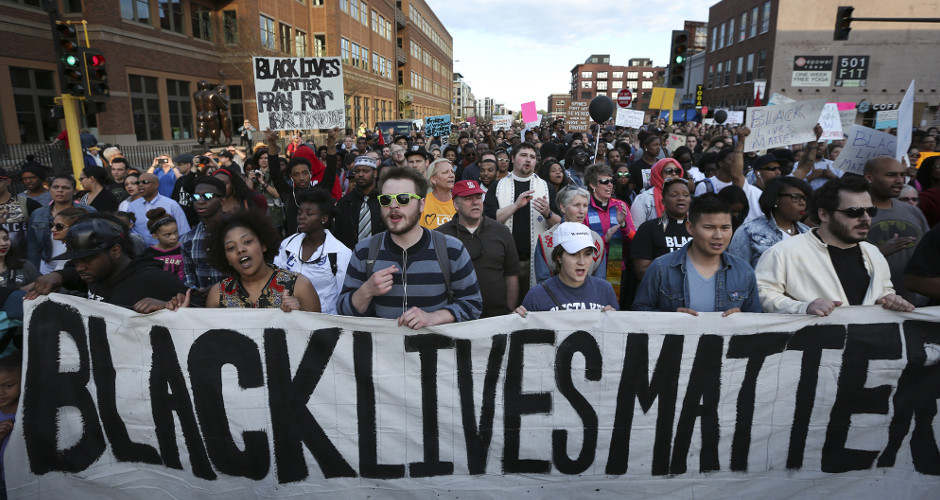 This insightful answer to the question "Why is it so controversial when someone says 'All Lives Matter' instead of 'Black Lives Matter'?" was posted by reddit user "GeekAesthete" on July 19, 2015. Nearly a year later, it is perhaps even more relevant than it was at the time.

Imagine that you're sitting down to dinner with your family, and while everyone else gets a serving of the meal, you don't get any. So you say "I should get my fair share." And as a direct response to this, your dad corrects you, saying, "everyone should get their fair share." Now, that's a wonderful sentiment -- indeed, everyone should, and that was kinda your point in the first place: that you should be a part of everyone, and you should get your fair share also. However, dad's smart-ass comment just dismissed you and didn't solve the problem that you still haven't gotten any!

That's the situation of the "black lives matter" movement. Culture, laws, the arts, religion, and everyone else repeatedly suggest that all lives should matter. Clearly, that message already abounds in our society.

The problem is that, in practice, the world doesn't work the way. You see the film Nightcrawler? You know the part where Renee Russo tells Jake Gyllenhal that she doesn't want footage of a black or latino person dying, she wants news stories about affluent white people being killed? That's not made up out of whole cloth -- there is a news bias toward stories that the majority of the audience (who are white) can identify with. So when a young black man gets killed (prior to the recent police shootings), it's generally not considered "news", while a middle-aged white woman being killed is treated as news. And to a large degree, that is accurate -- young black men are killed in significantly disproportionate numbers, which is why we don't treat it as anything new. But the result is that, societally, we don't pay as much attention to certain people's deaths as we do to others. So, currently, we don't treat all lives as though they matter equally.

TL;DR: The phrase "Black lives matter" carries an implicit "too" at the end; it's saying that black lives should also matter. Saying "all lives matter" is dismissing the very problems that the phrase is trying to draw attention to.