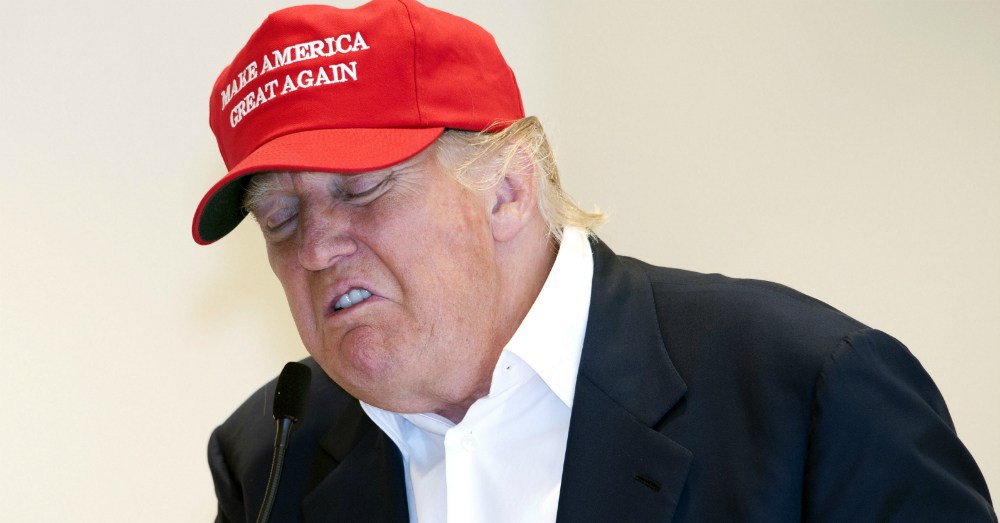 Nearly three million Americans were conscripted to fight the First World War, ten million for the Second World War, and millions more throughout the Cold War period. Was this deadly form of slavery a sign of America's former greatness? There were at least 1.5 million American casualties throughout the four major wars fought between 1917 and 1975. A small price to pay for greatness, no doubt.

Perhaps Trump is referencing the greatness of the 19th century in which tens of thousands (or even more) Native Americans were slaughtered, forcibly relocated, and deprived of their property. From the Trail of Tears (1830-1850) to the Sand Creek Massacre (1864) and the Wounded Knee Massacre (1890), the abysmal treatment of Native Americans by the US government is an inerasable stain on this country's history.

In the 20th century, there was the forced relocation and internment of more than 100,000 Japanese-Americans during the Second World War. During the First World War, more than 250,000 German-Americans were required to register and carry their registration card at all times. Tens of thousands were also arrested and incarcerated without trials throughout both wars.

There is so much more, of course. There are the large-scale attacks on free speech throughout the country's history from the Alien and Sedition Acts (1798) to the despicable period of McCarthyism (1949-1954) to the prosecution of those who burned the flag prior to Texas v. Johnson in 1989. There is torture, a practice which has been prevalent despite the 8thAmendment's prohibition against cruel and unusual punishments. There is the rampant police brutality and murder which go largely unaddressed to this day.

There are also the innumerable scandals which have implicated the very highest officials in America's government. Some of these include the Teapot Dome Scandal (1921-1922), the Watergate scandal (1972-1974), the Iran–Contra affair (1985-1987), the Keating Five (1989), and numerous extramarital affairs and other improprieties.

There are false flag incidents and official distortions such as the sinking of the USS Maine which was used as a pretext for the Spanish-American War, the Gulf of Tonkin incident which was used as an excuse to escalate the Vietnam War, and numerous other incidents which may well have been (but have not yet been definitively proven) to be planned, allowed, and/or carried out by the US governments or its operatives. There was the intentional blaming of Iraq for the 9/11 attacks even when there was no proof of any actual connection.

We can't overlook the assassinations (now euphemistically called "targeted killings") and coups perpetrated and fomented by the US government. The 1953 Iranian coup d'état was one of the most significant although the overthrow (and eventual execution) of Saddam Hussein may prove even more destructive in the long run. Most of the alleged assassinations carried out by US agents remain unconfirmed, but the assassination of Anwar al-Awlaki was unique in that it was the first "targeted killing" of a US citizen openly acknowledged by the US government.

I could go on listing injustices and atrocities from US history indefinitely (indeed, a complete list could fill several books), but I hope my point has been made. The history of America is a history of slavery, conscription, war, genocide, disenfranchisement, inequality, scandal, and torture. There is no greatness which we can aspire to recapture, or which Donald Trump can restore to this nation. If America is ever to deserve the descriptor "great," that period has yet to begin.